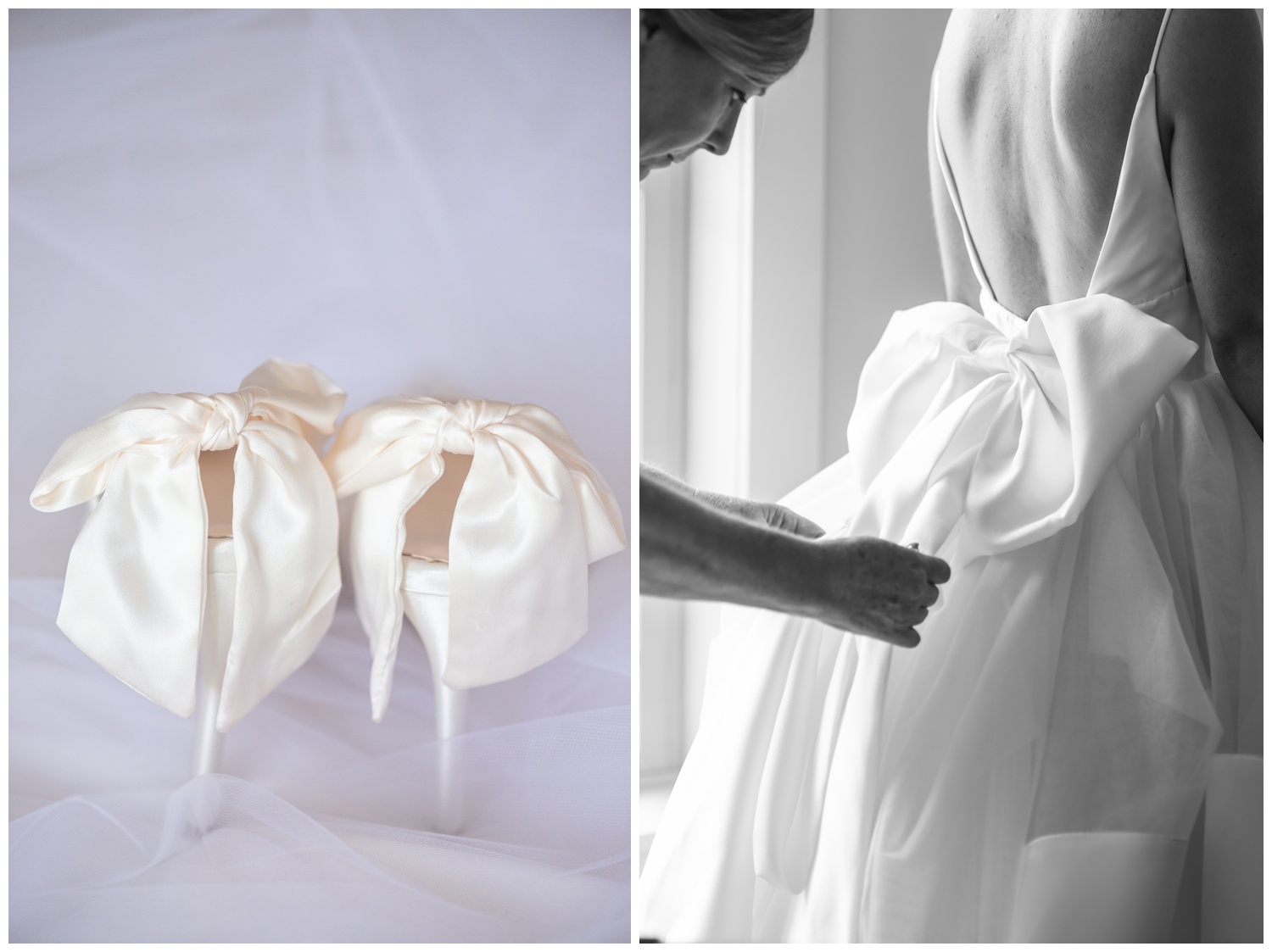 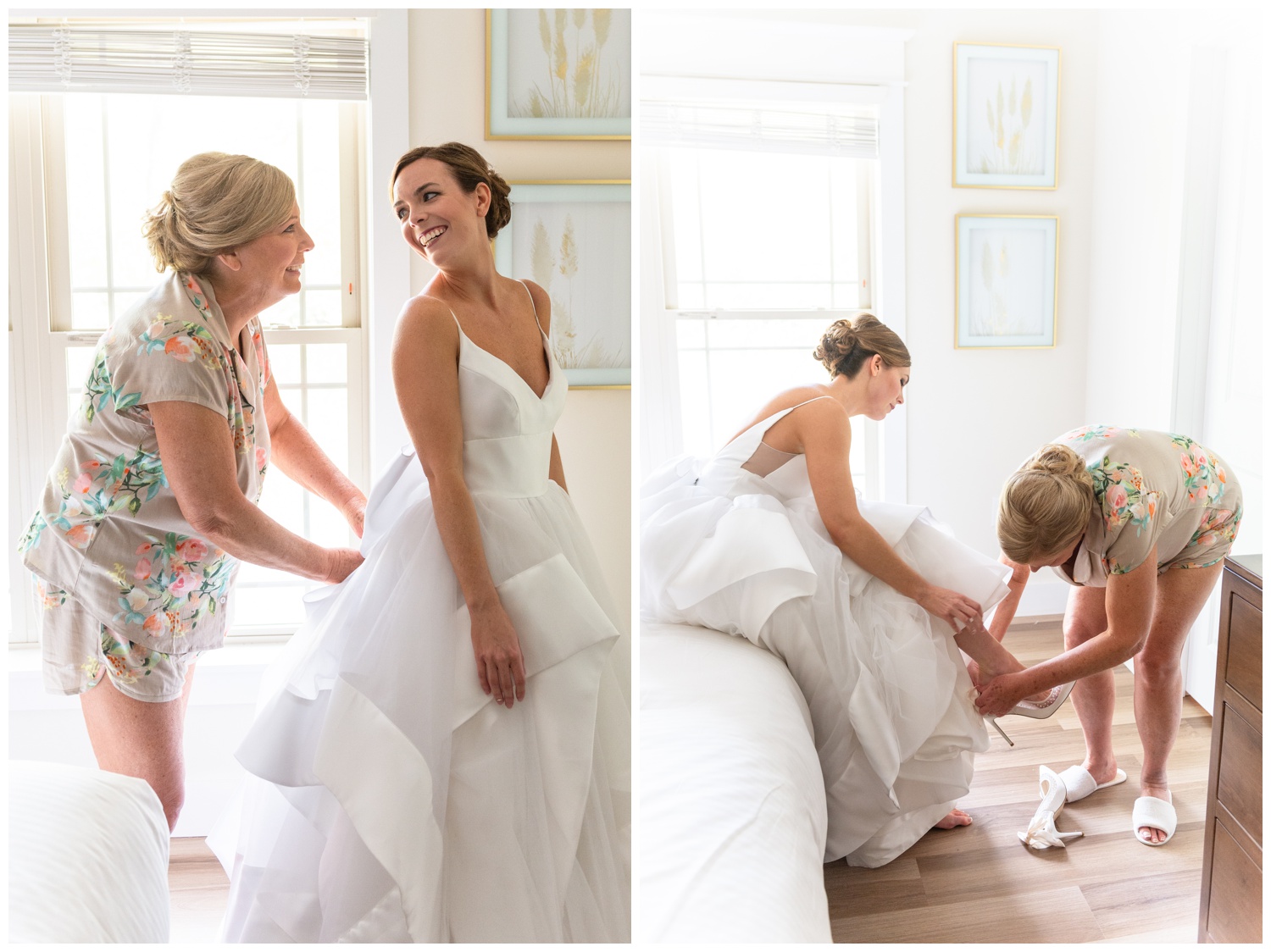 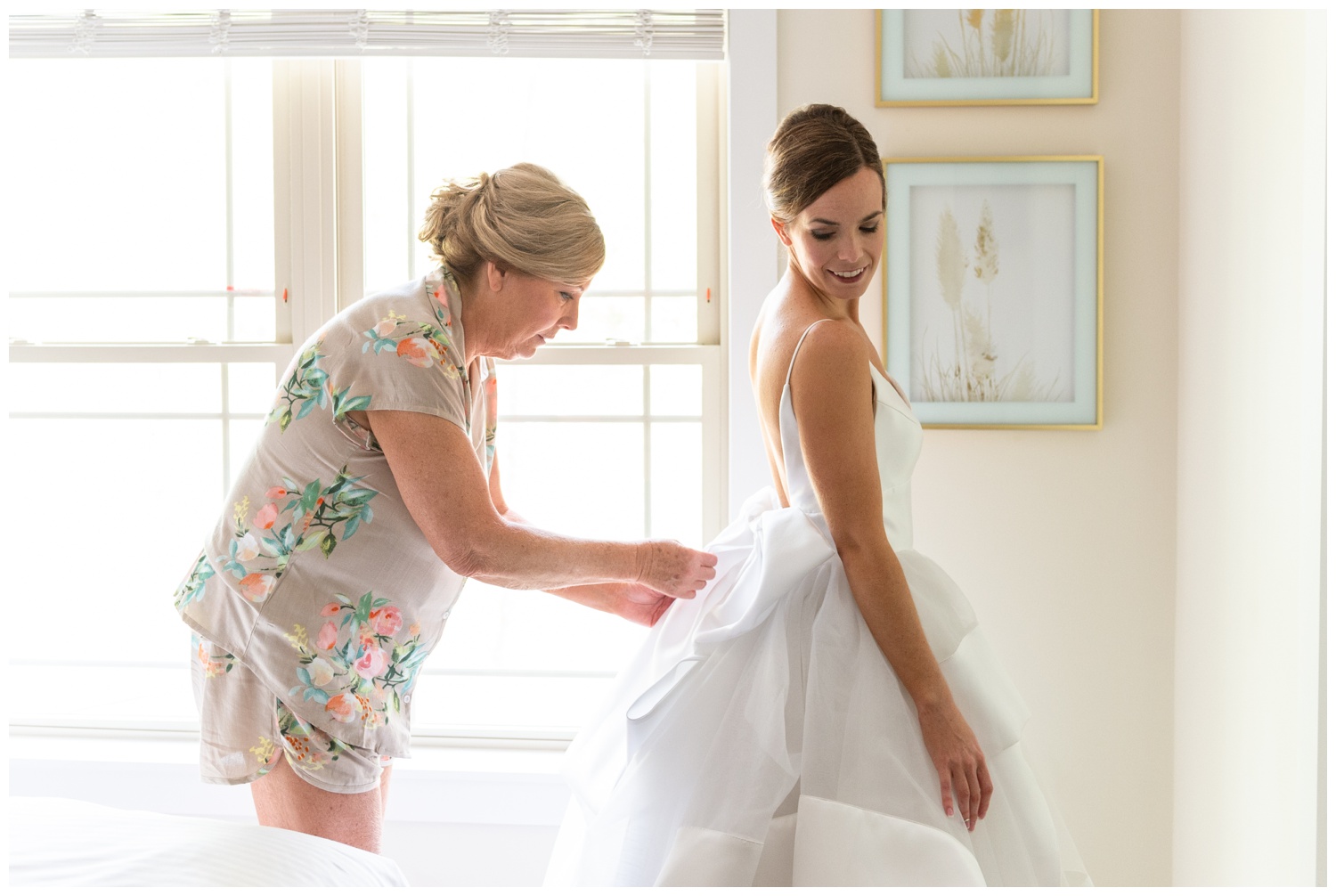 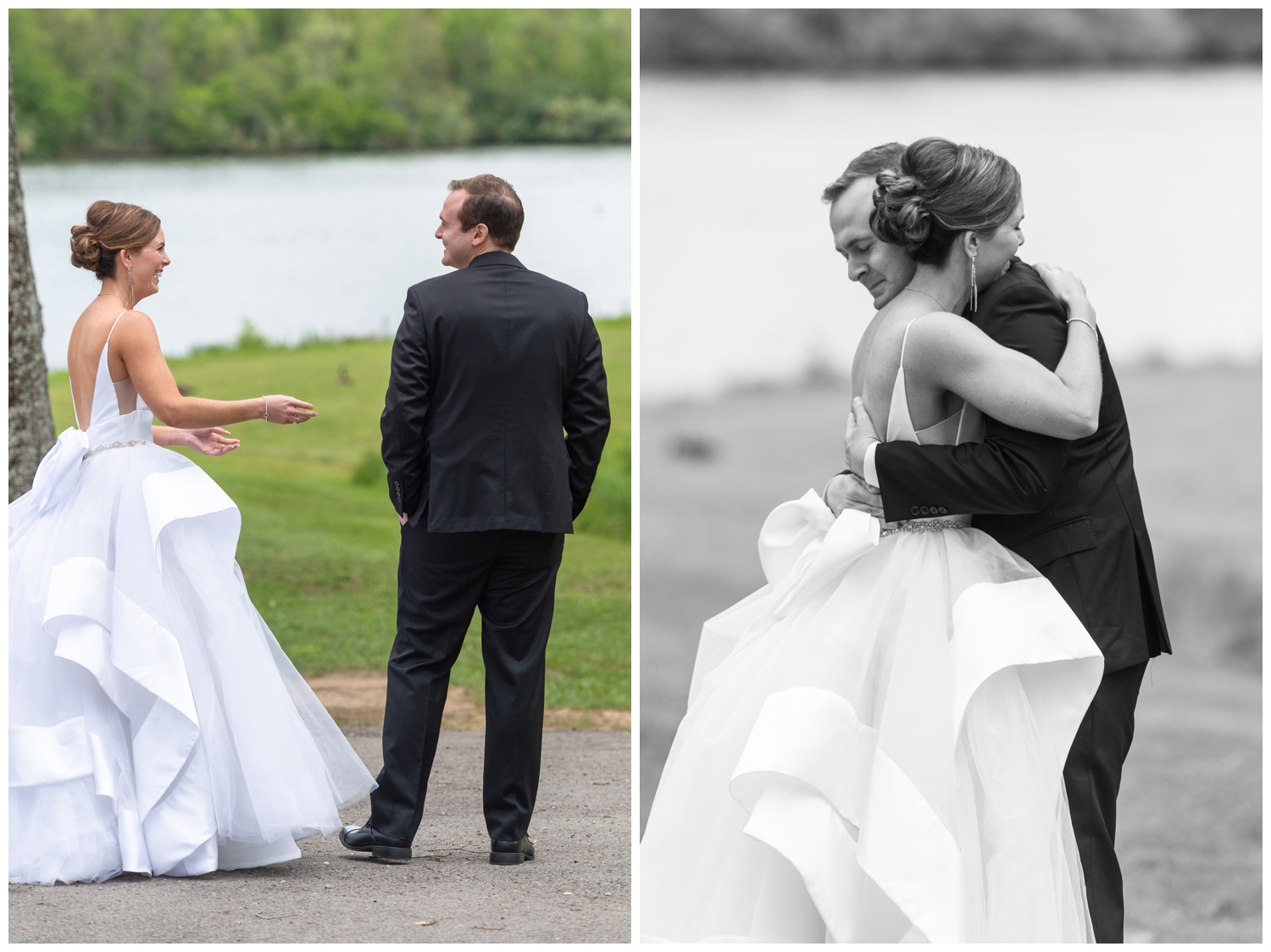 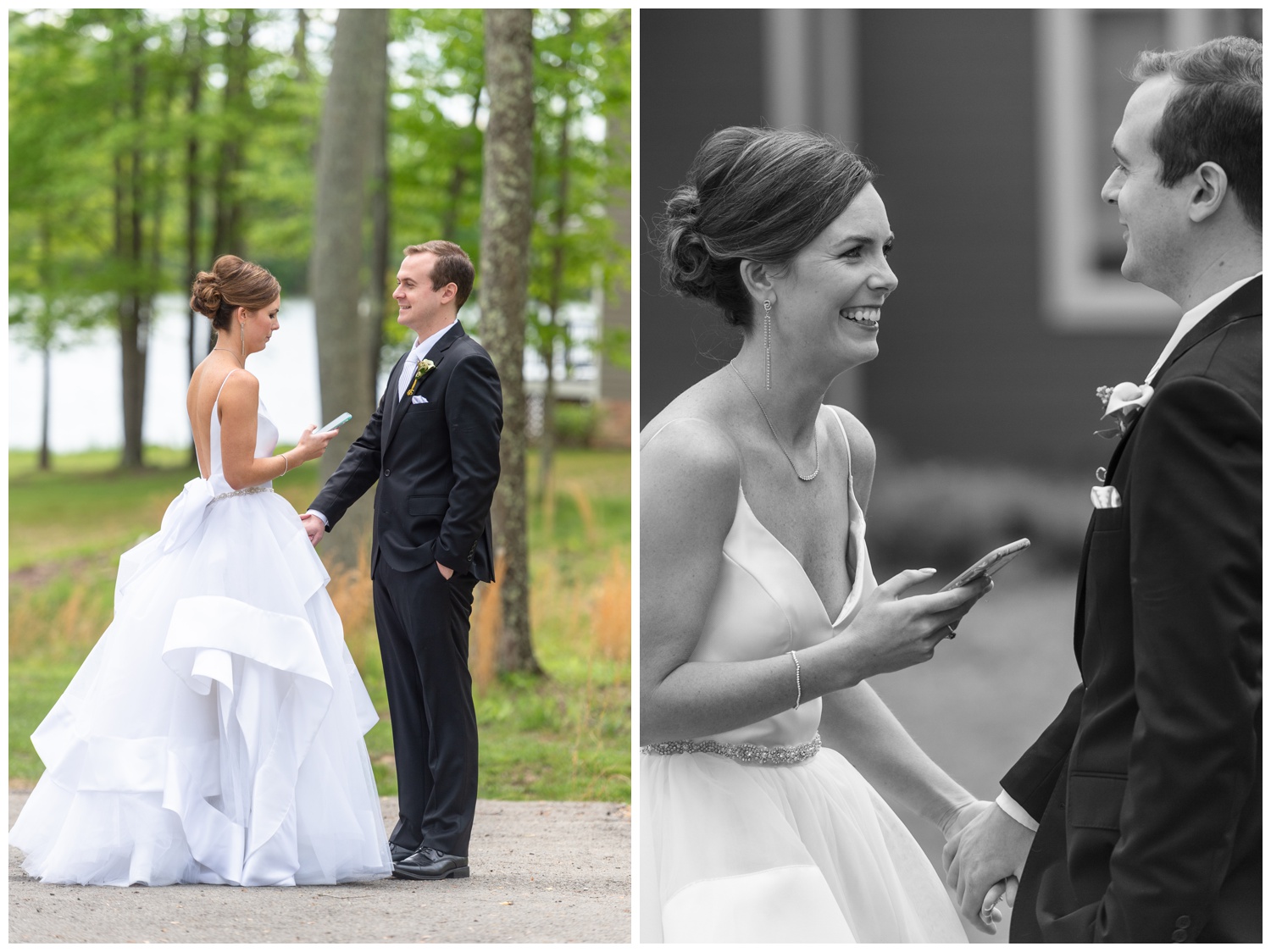 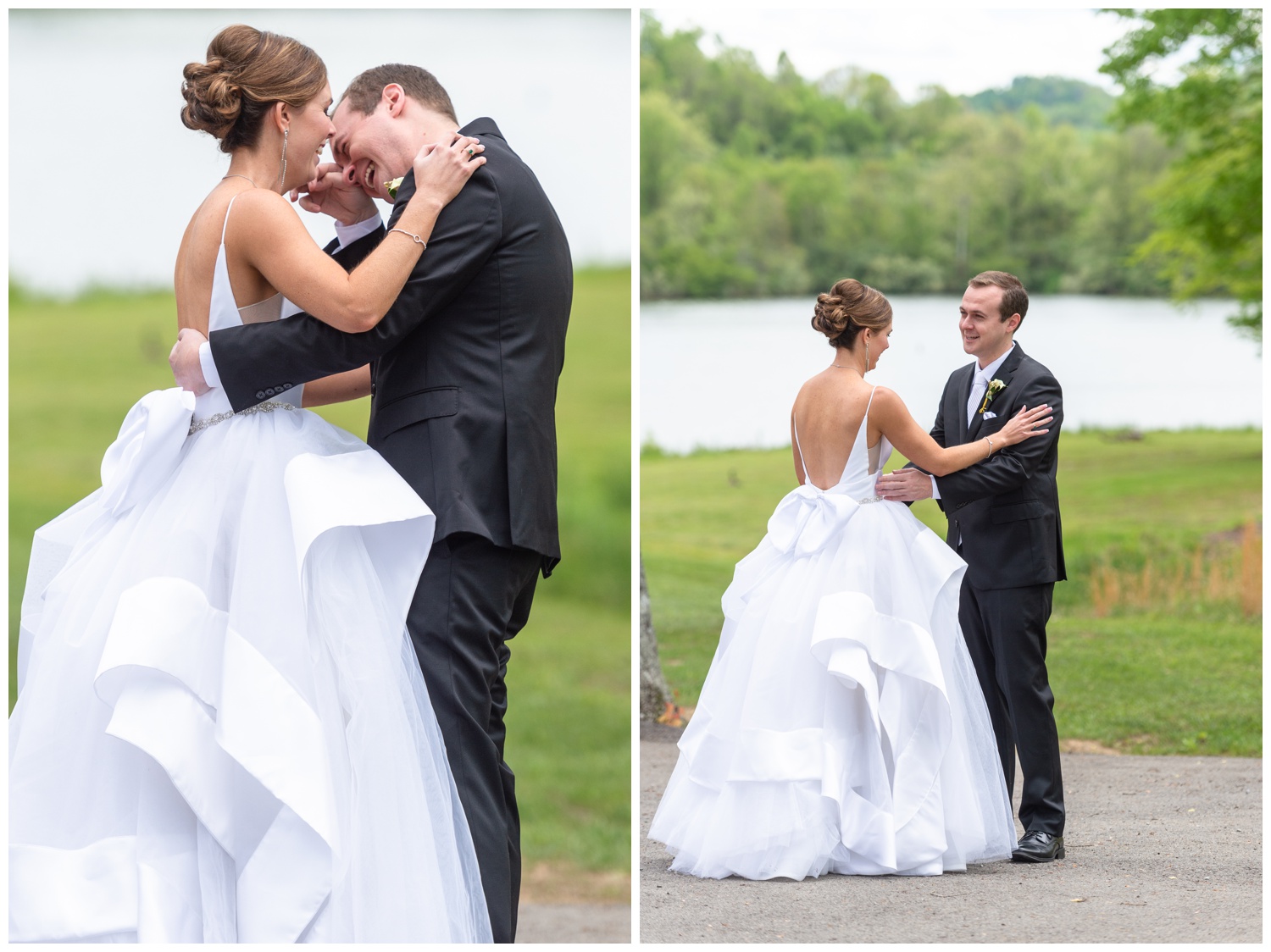 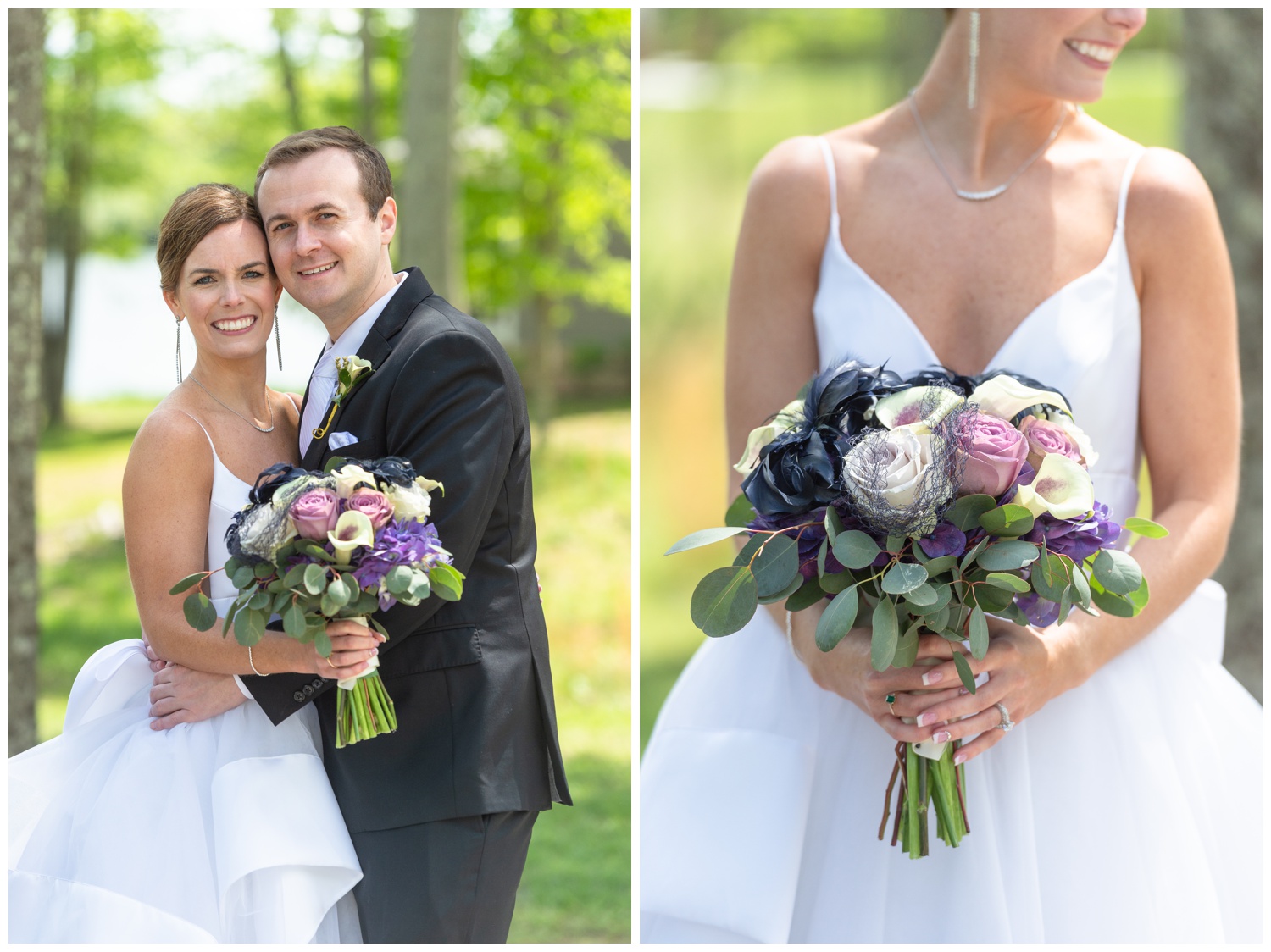 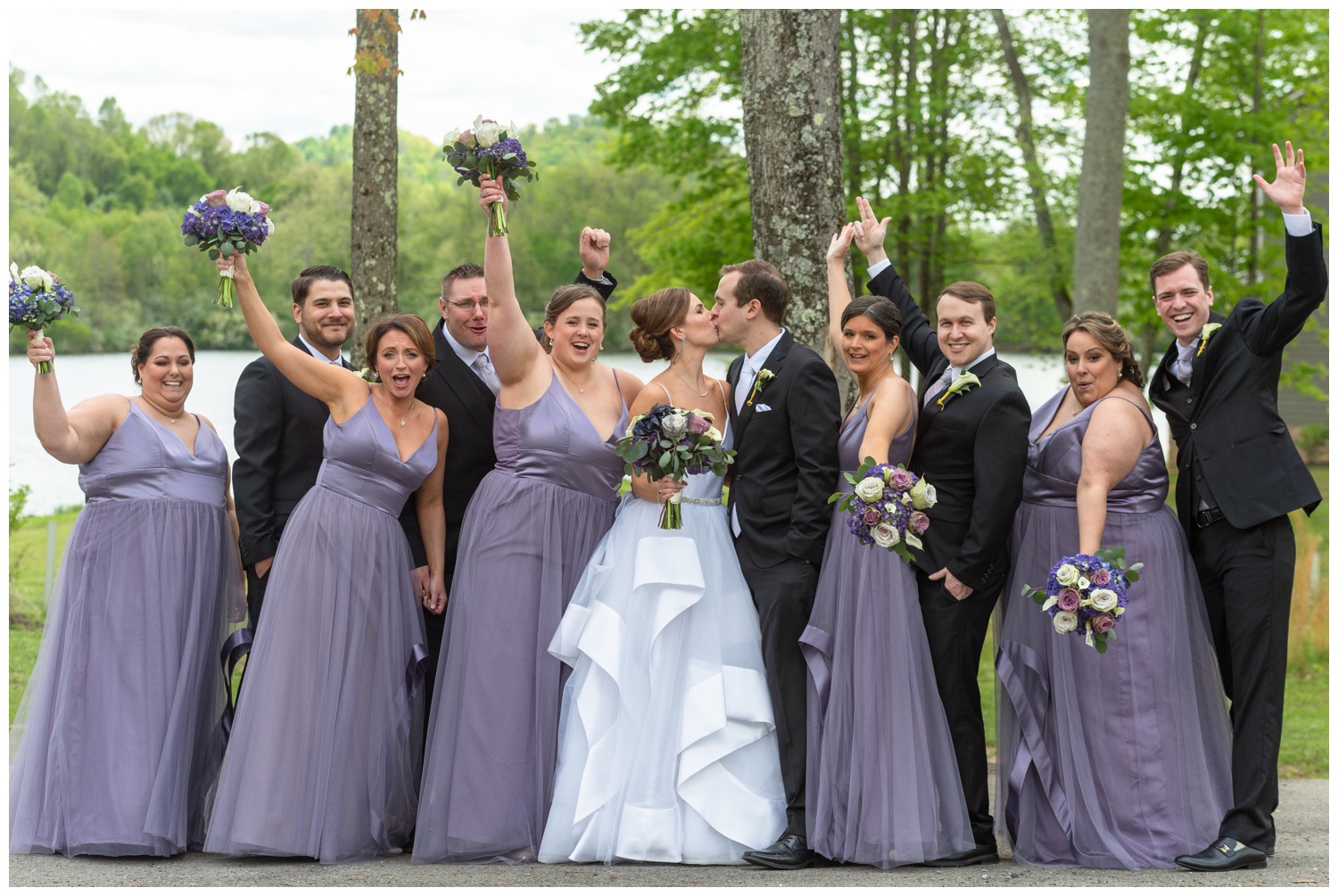 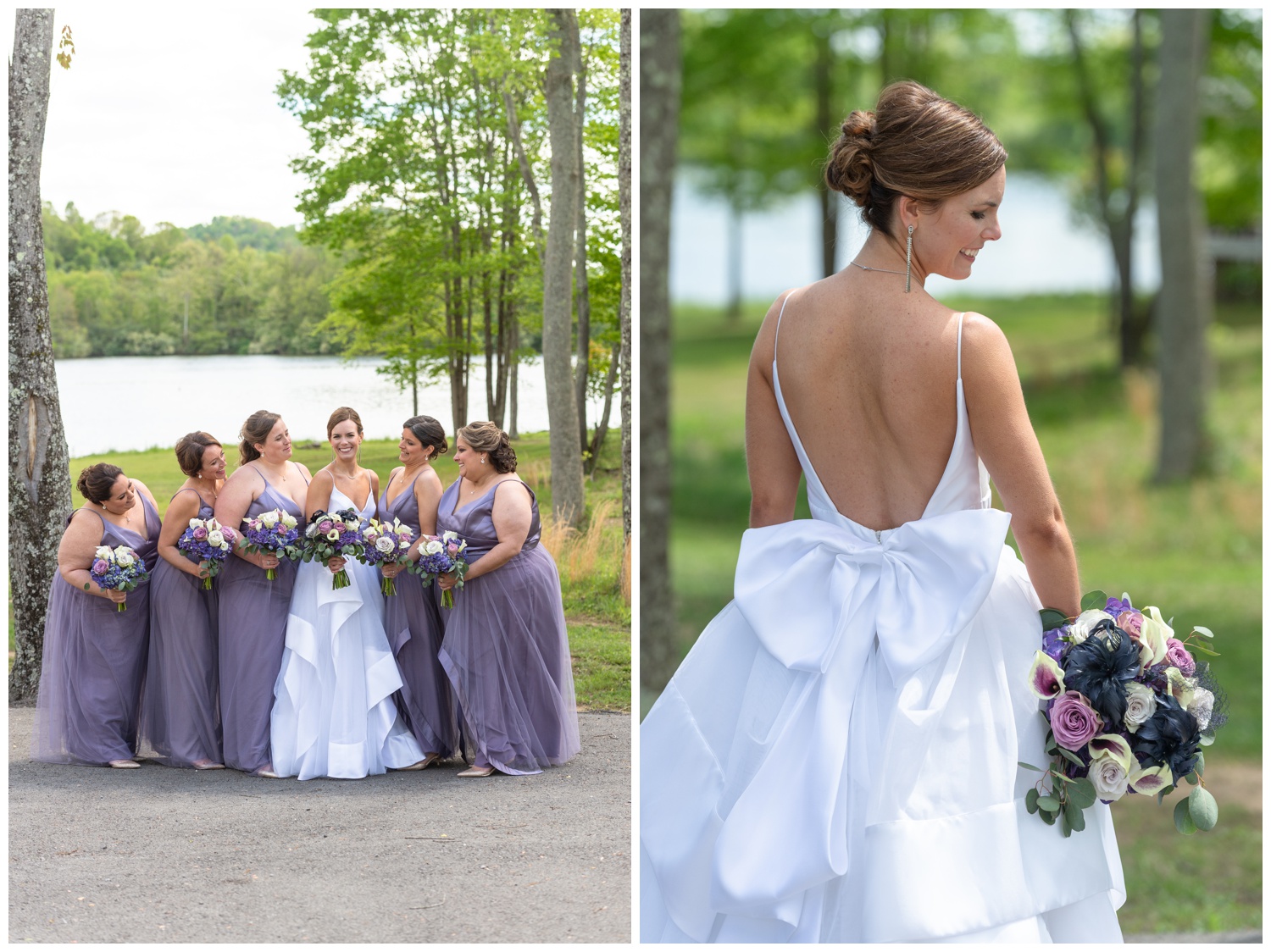 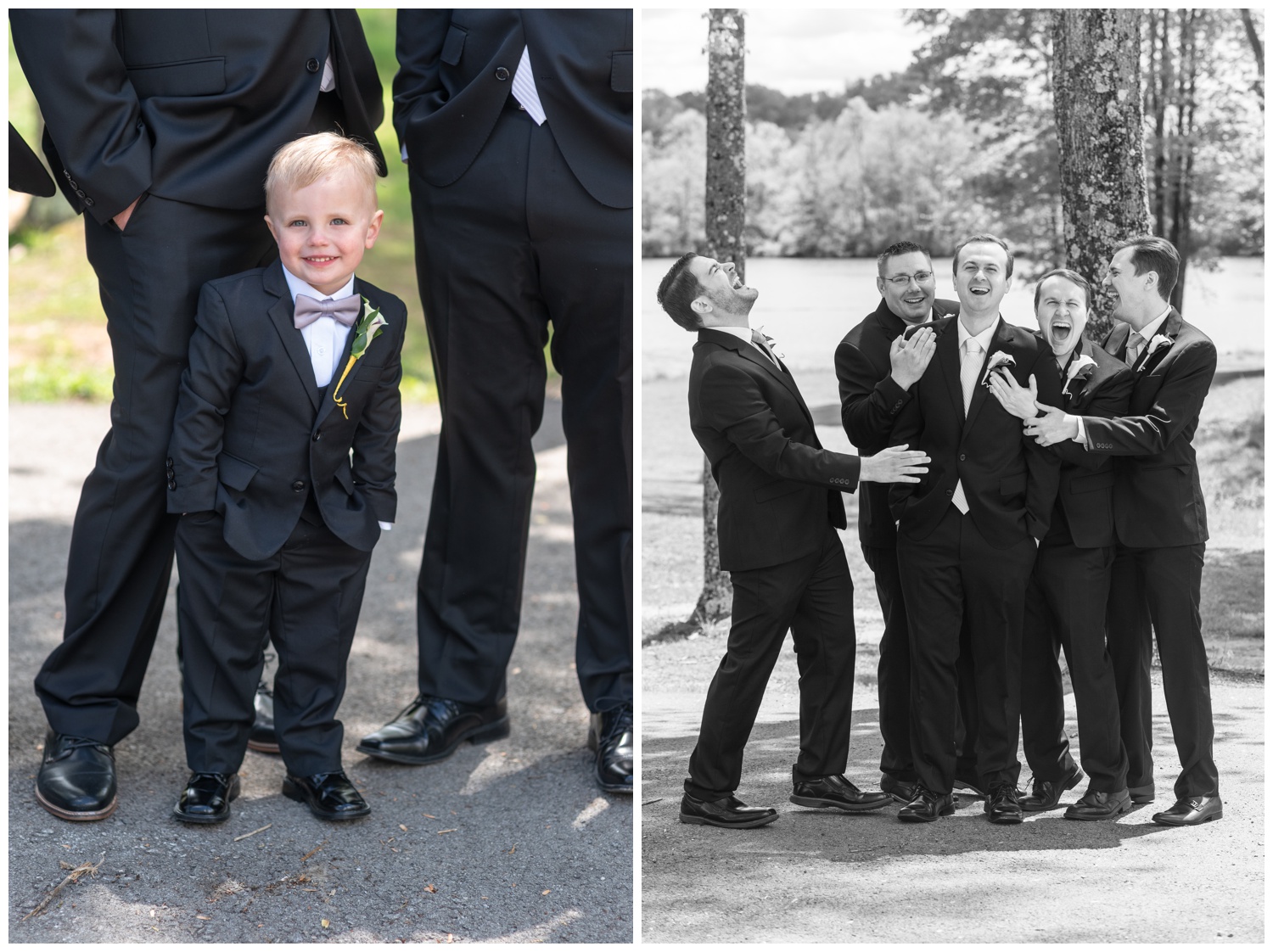 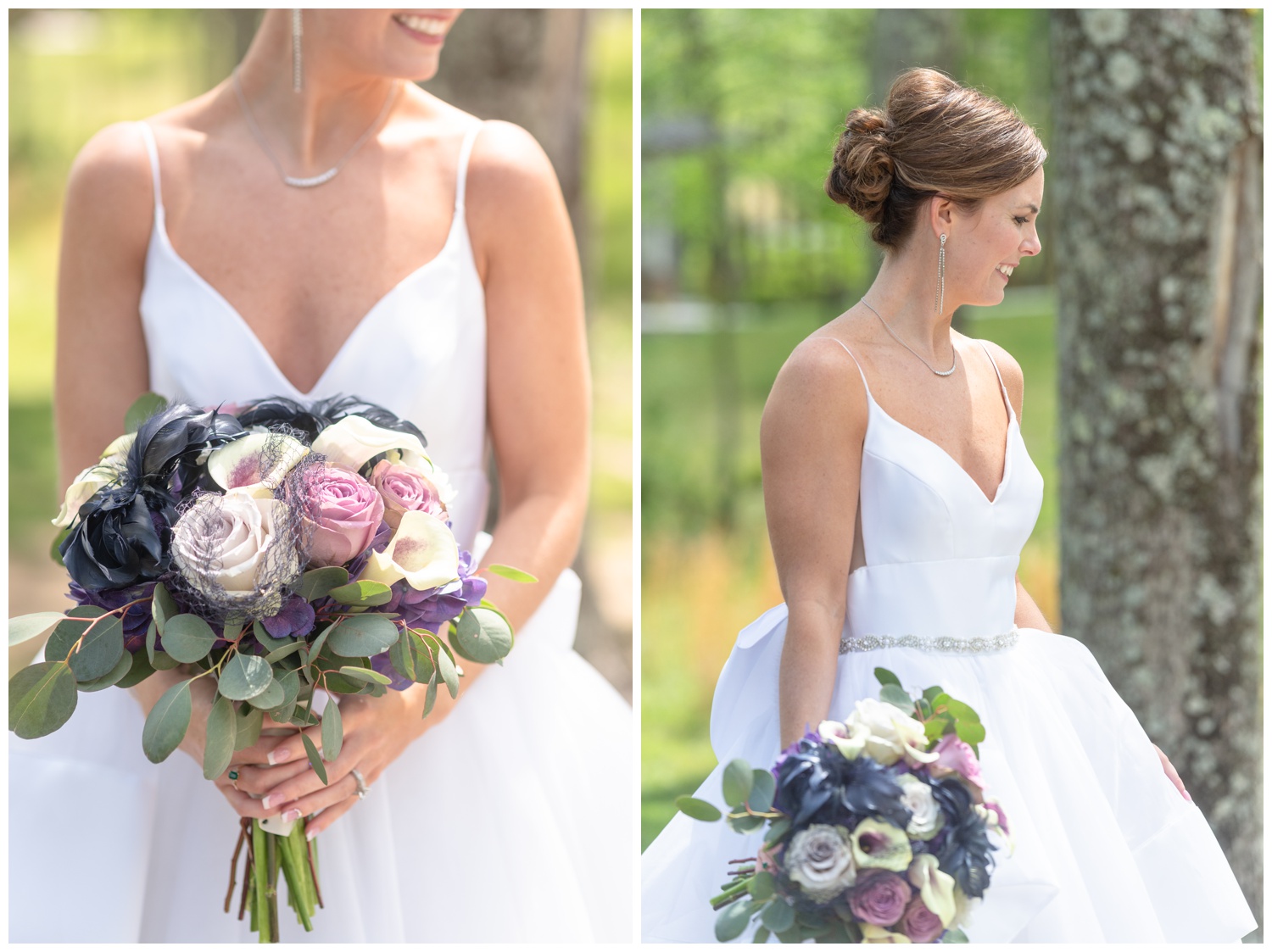 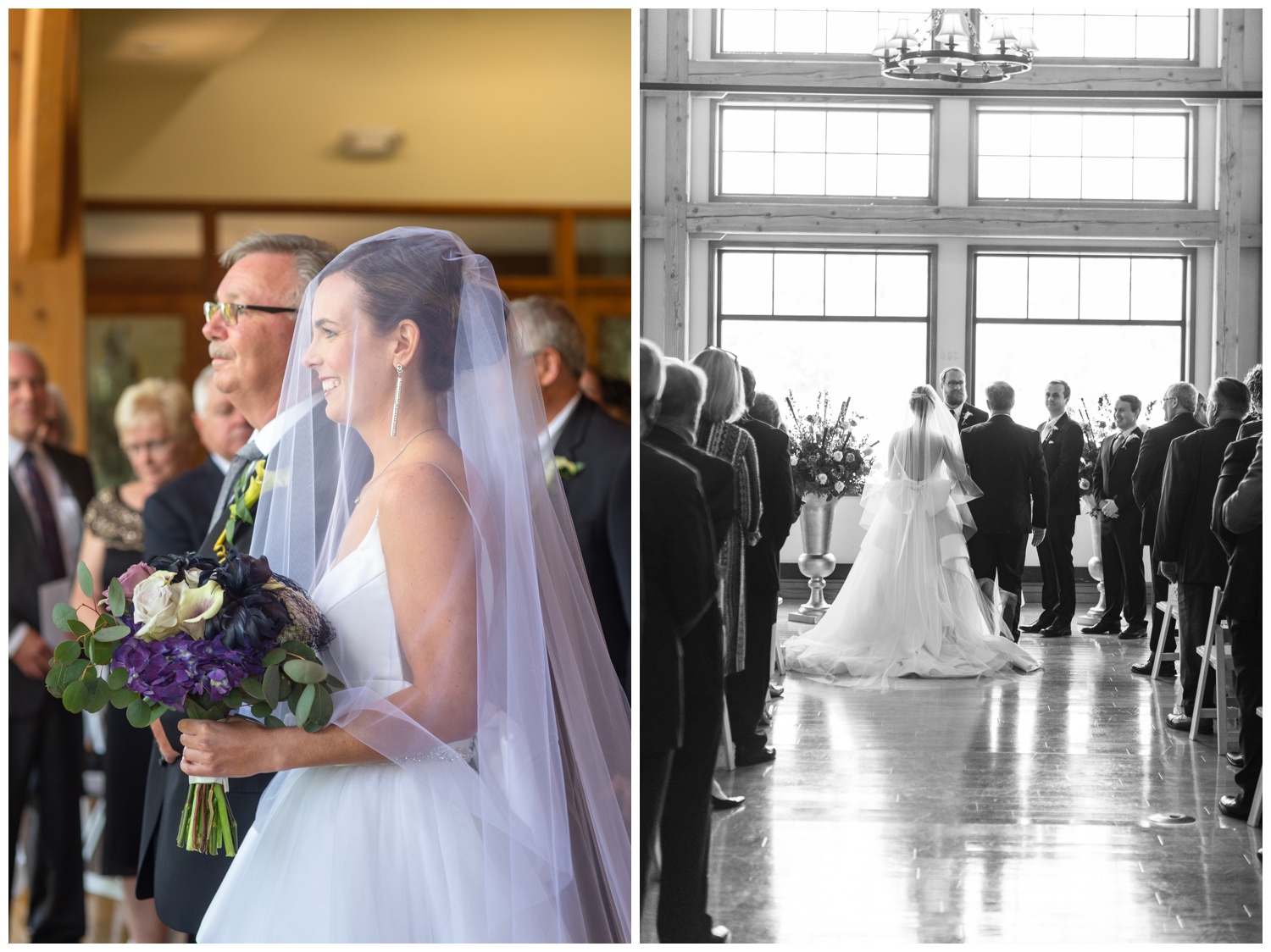 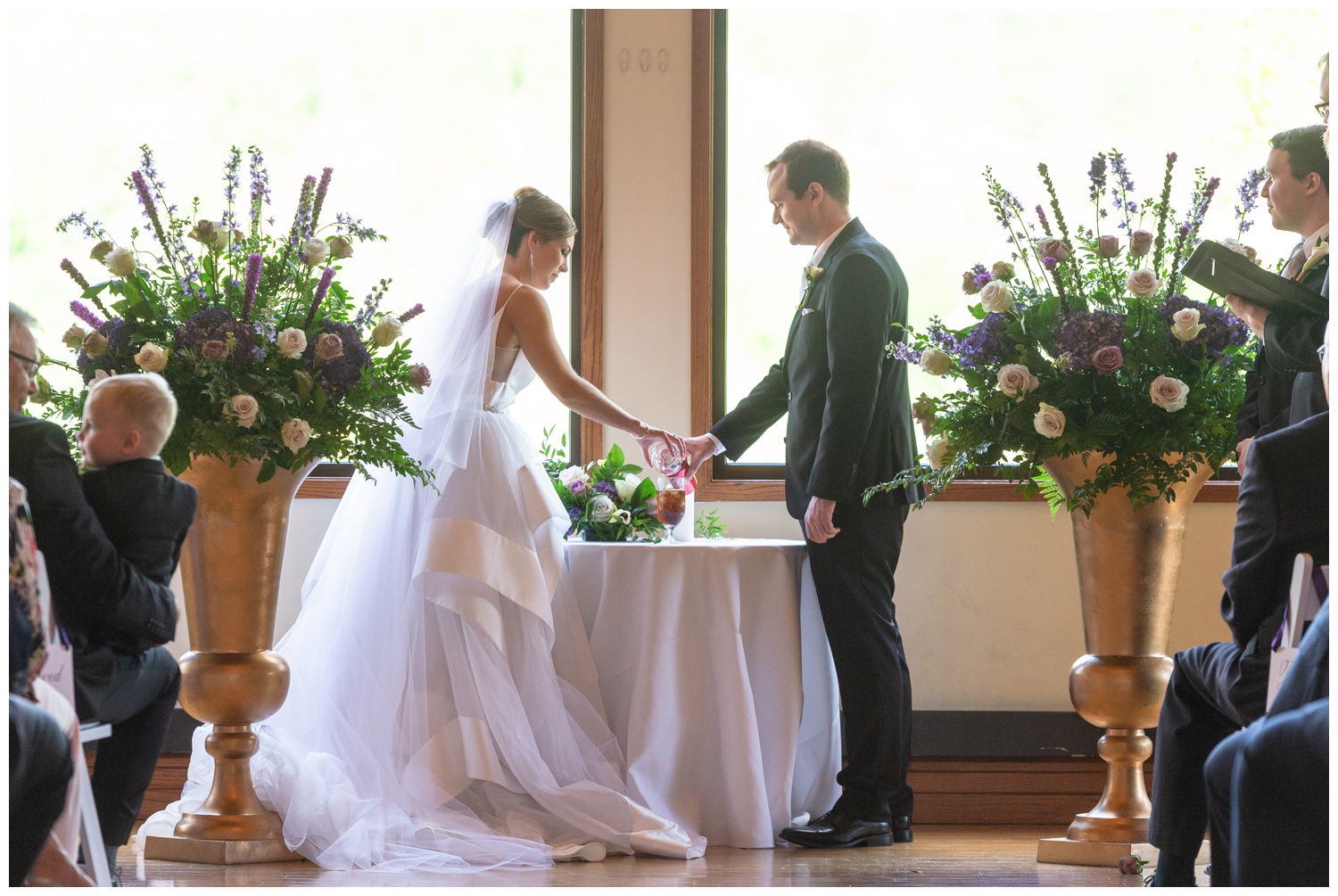 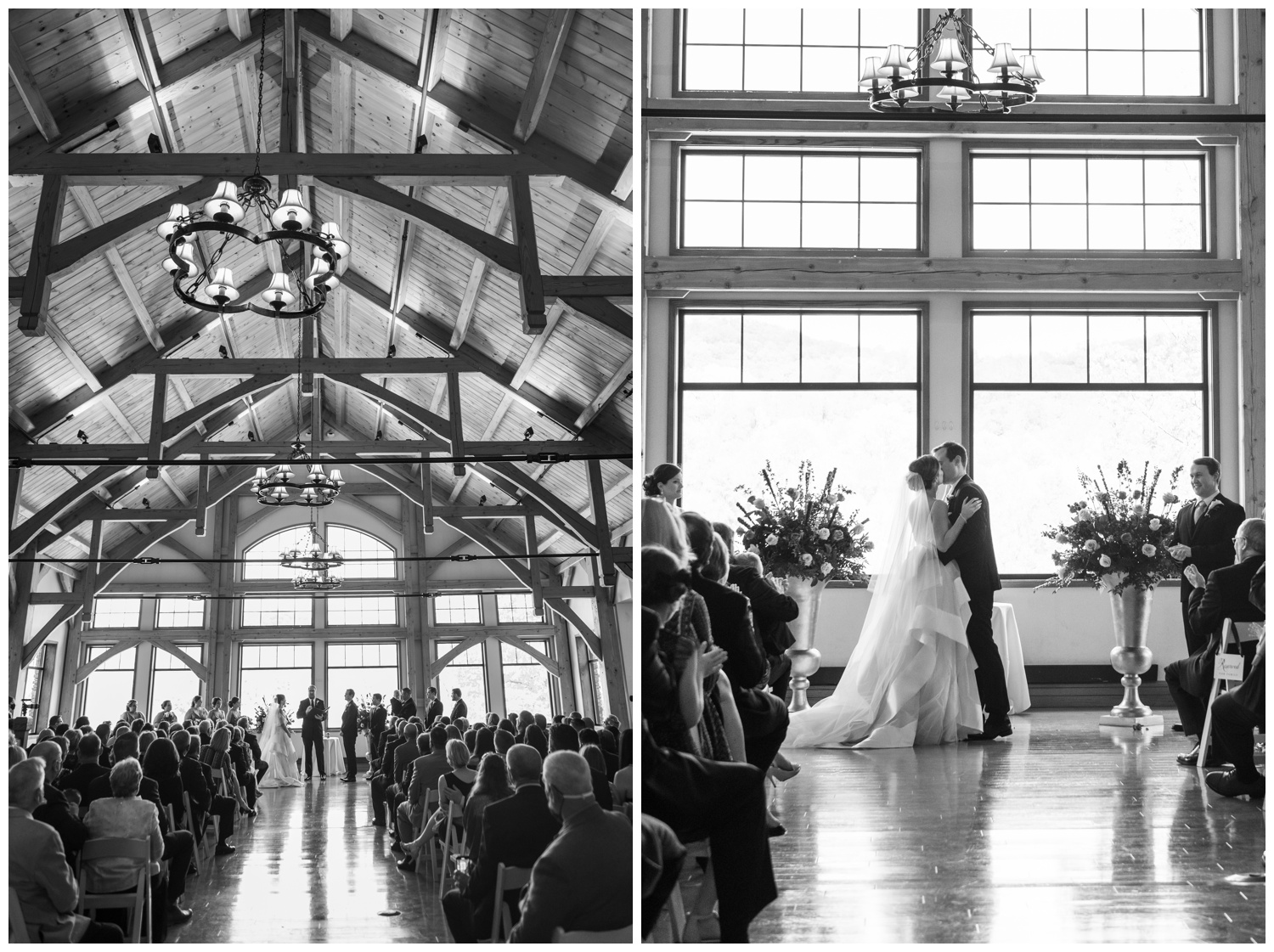 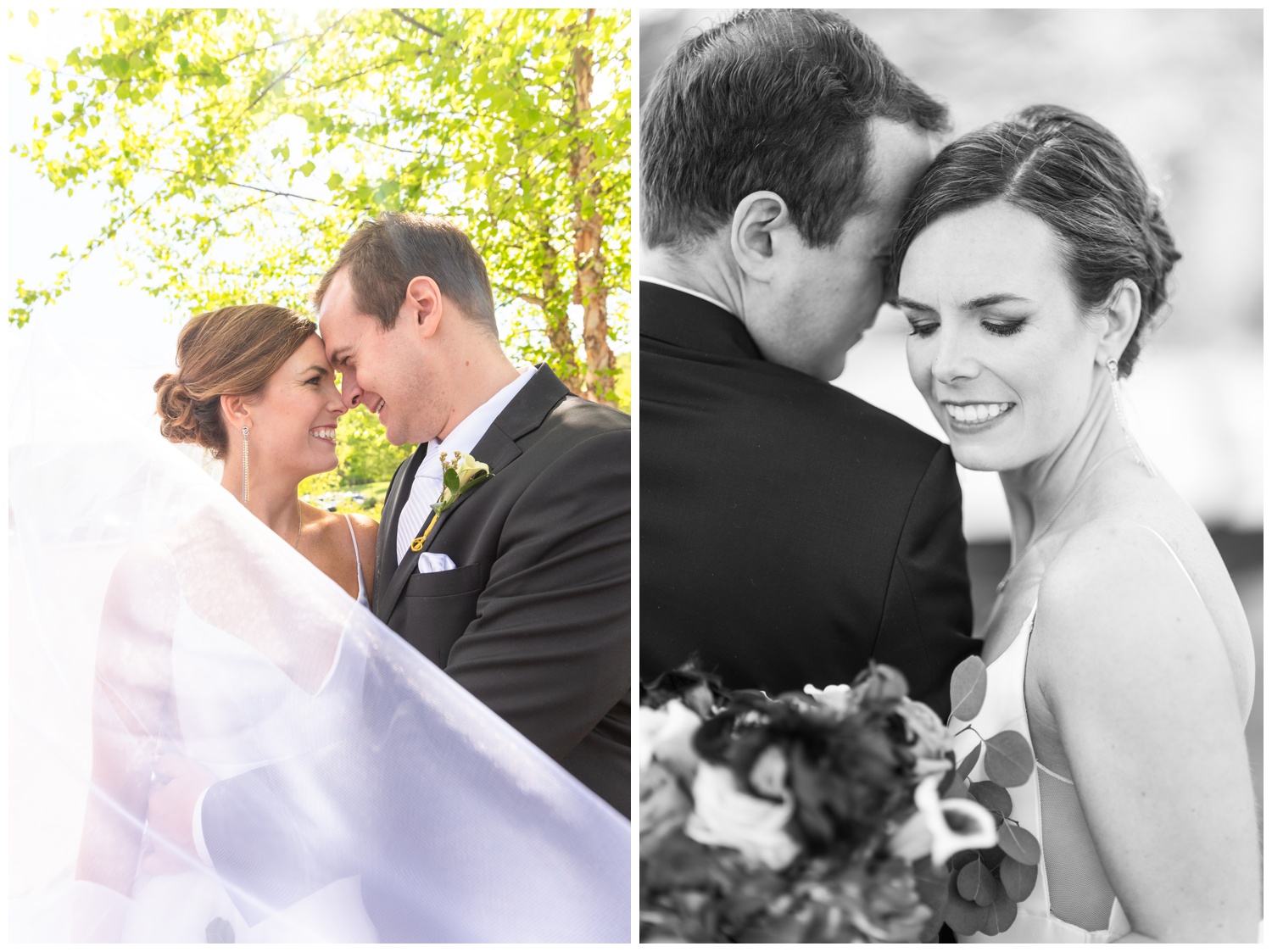 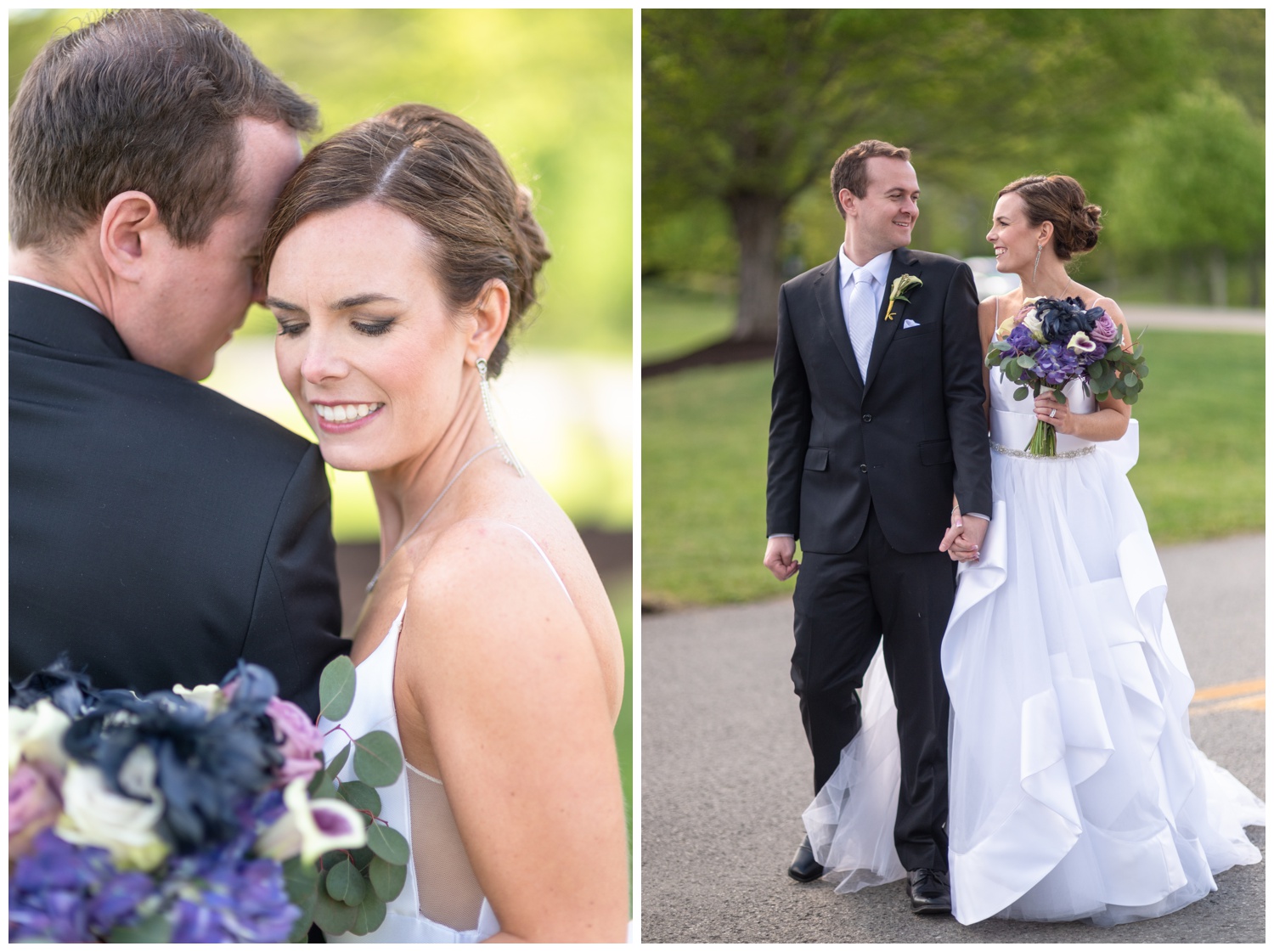 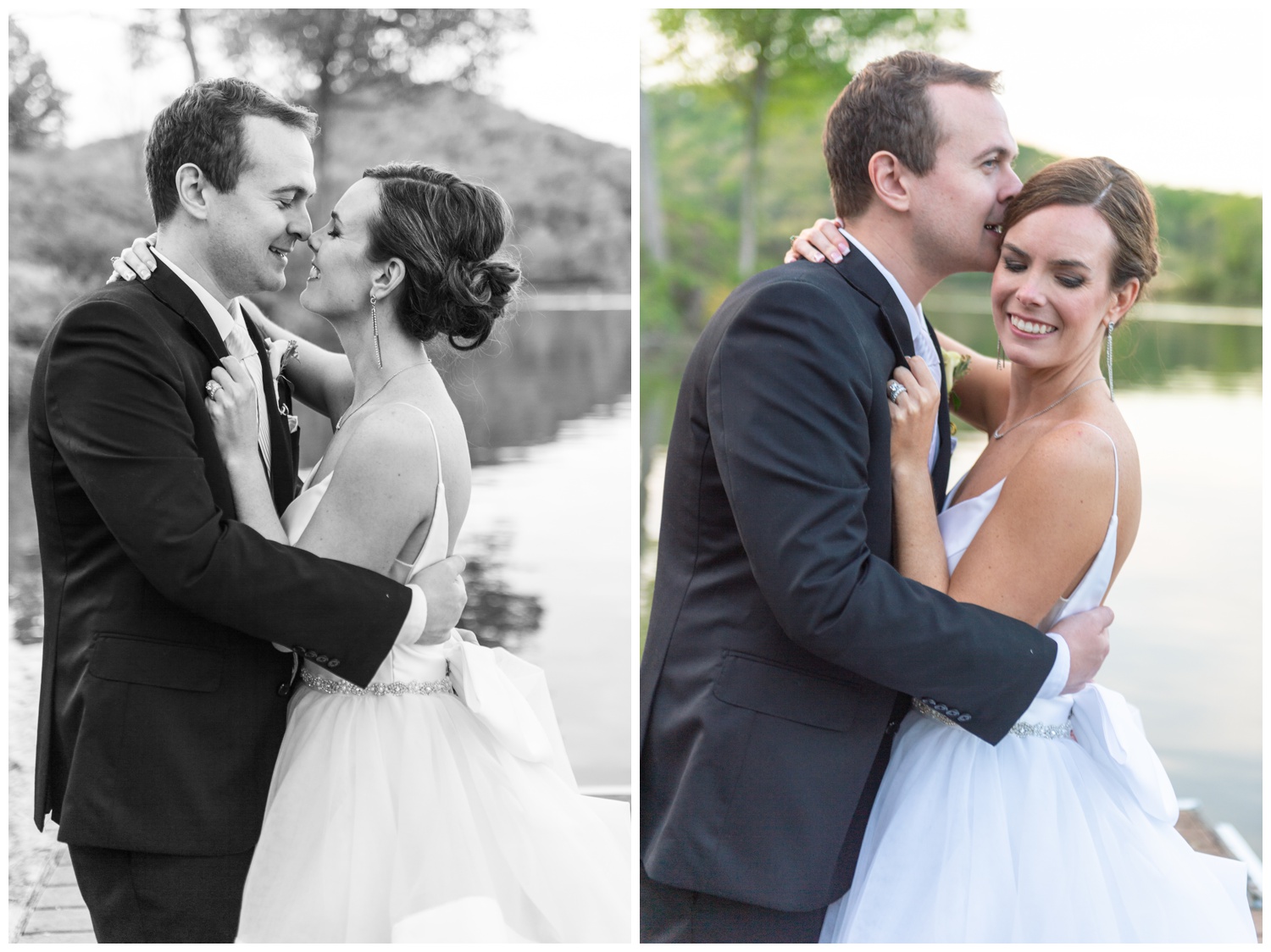 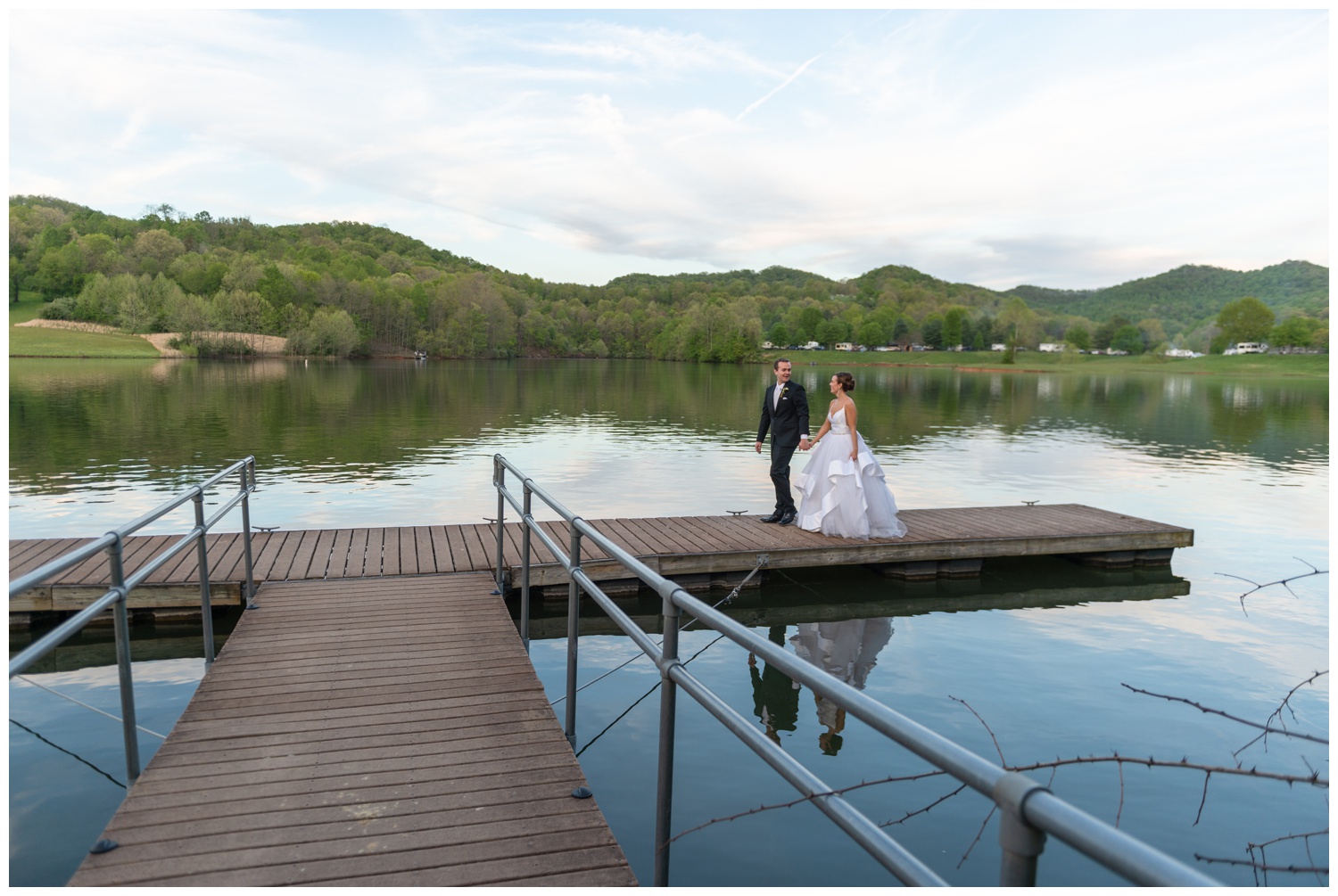 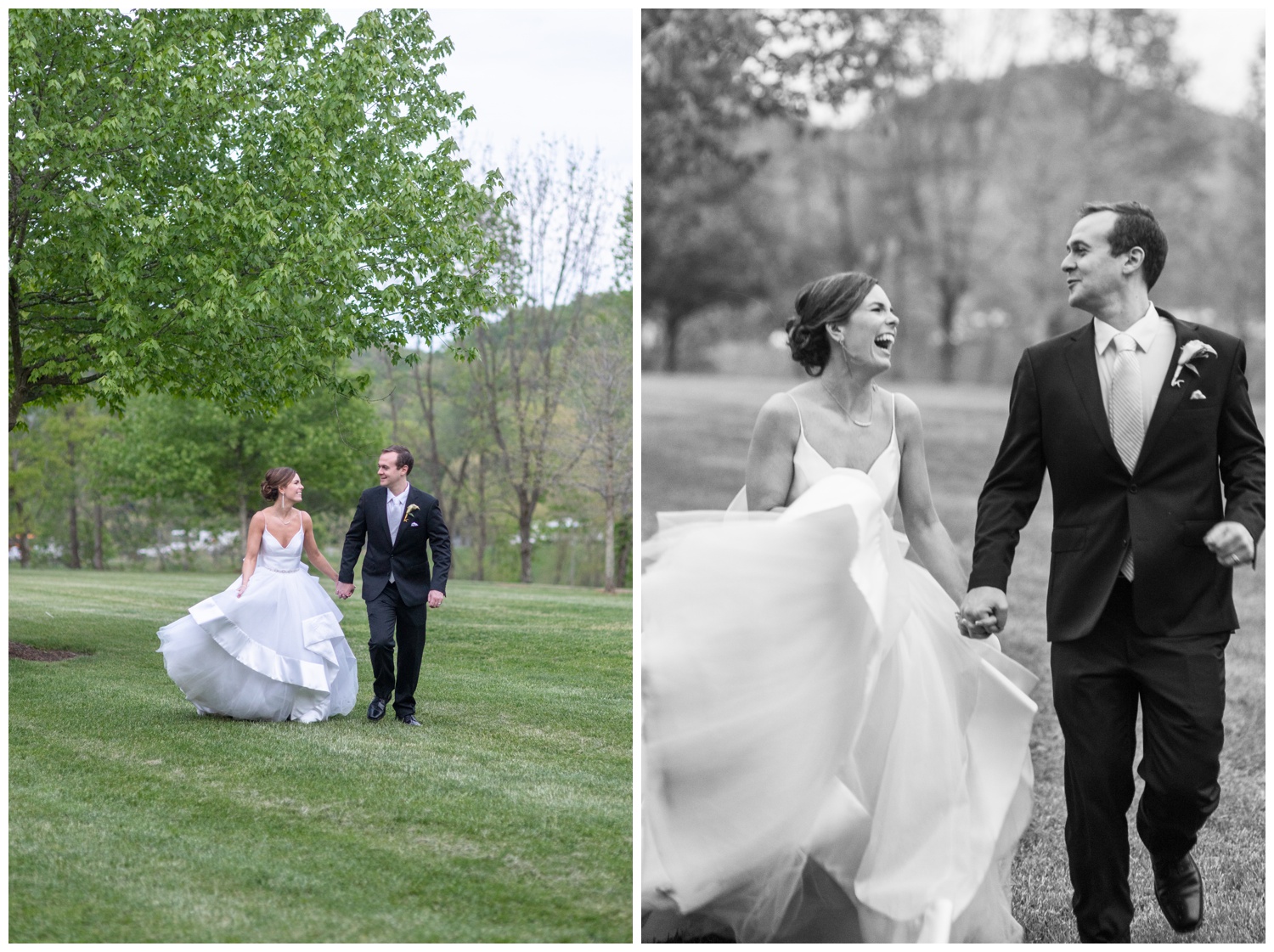 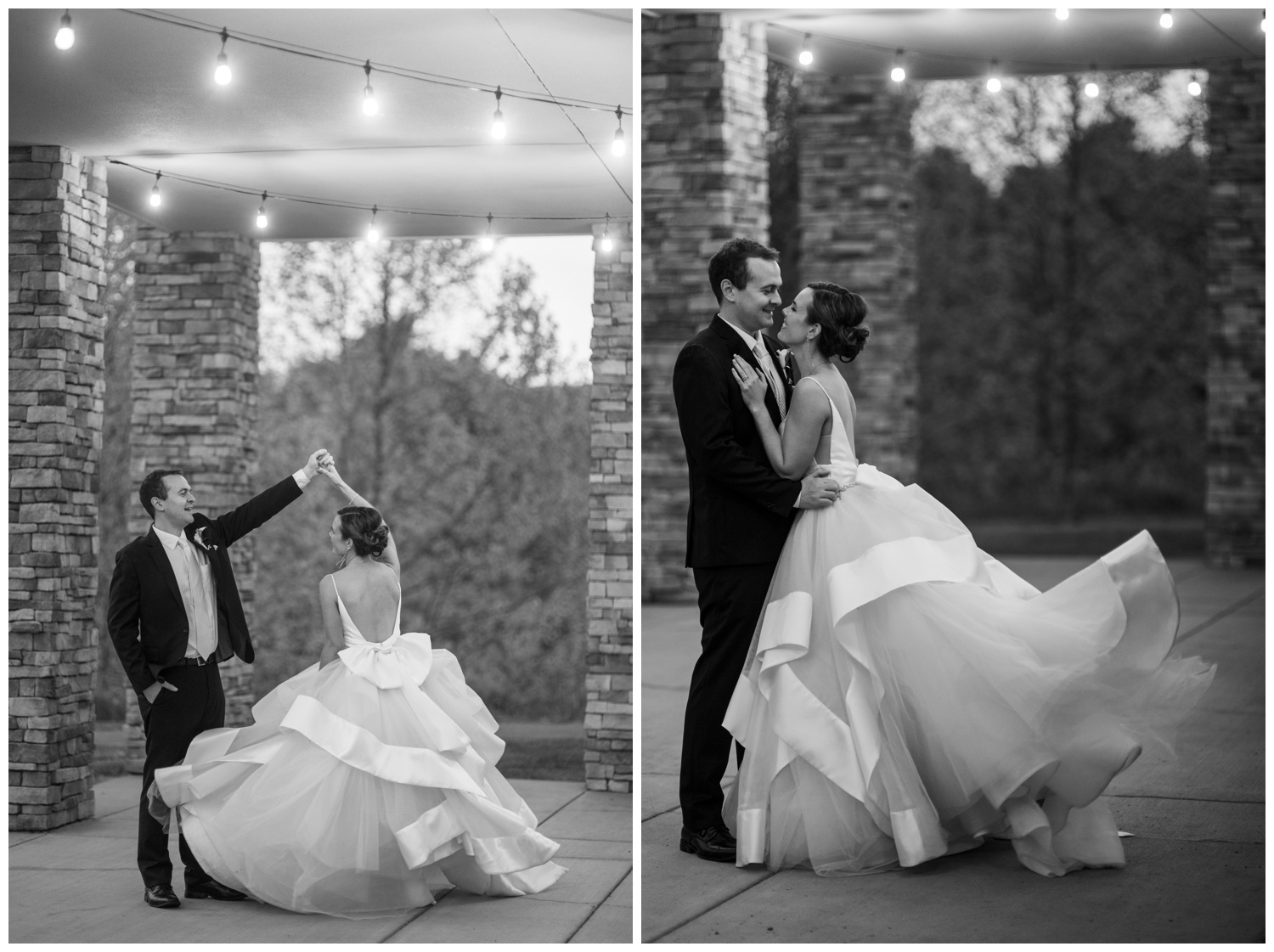 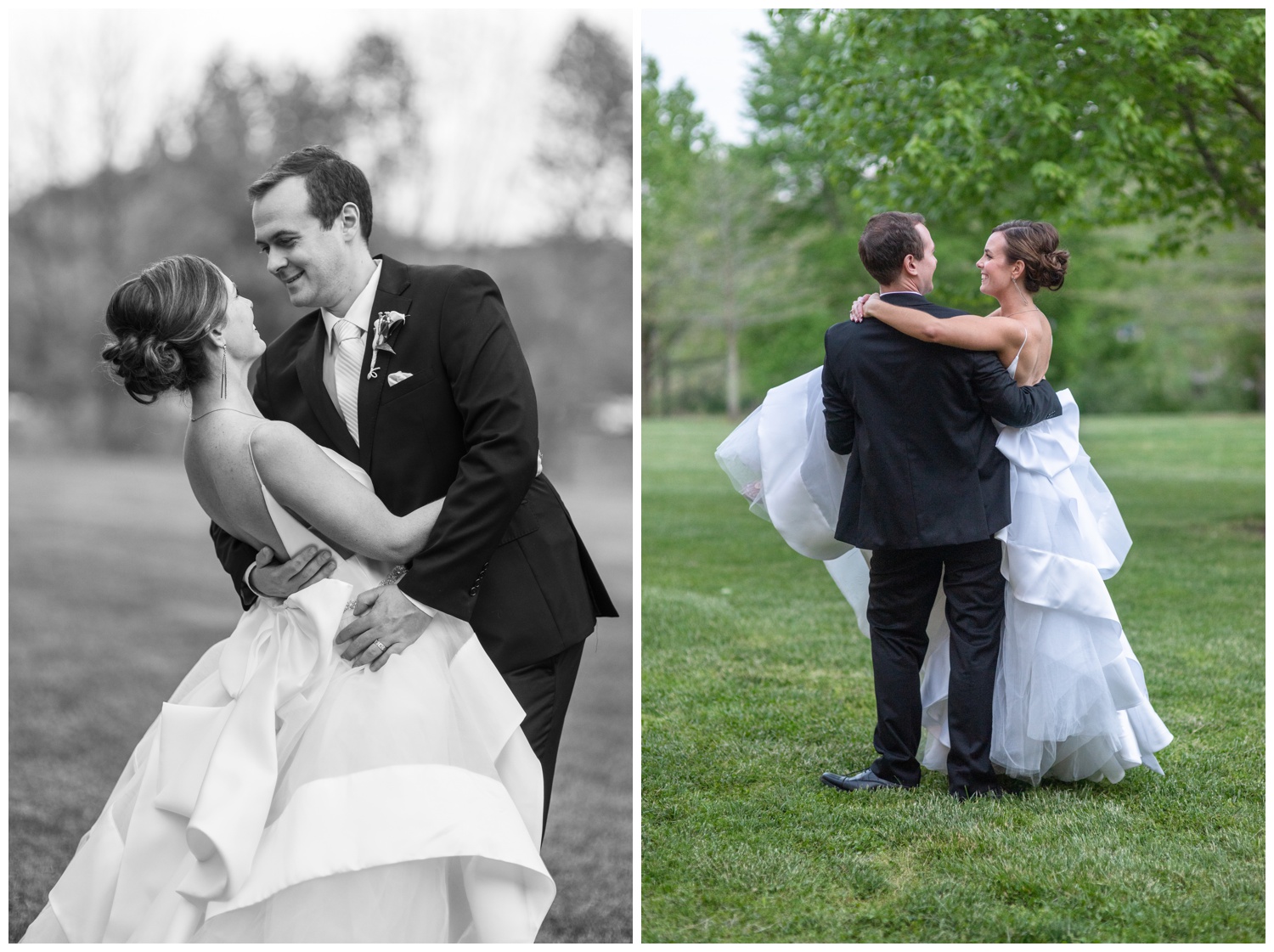 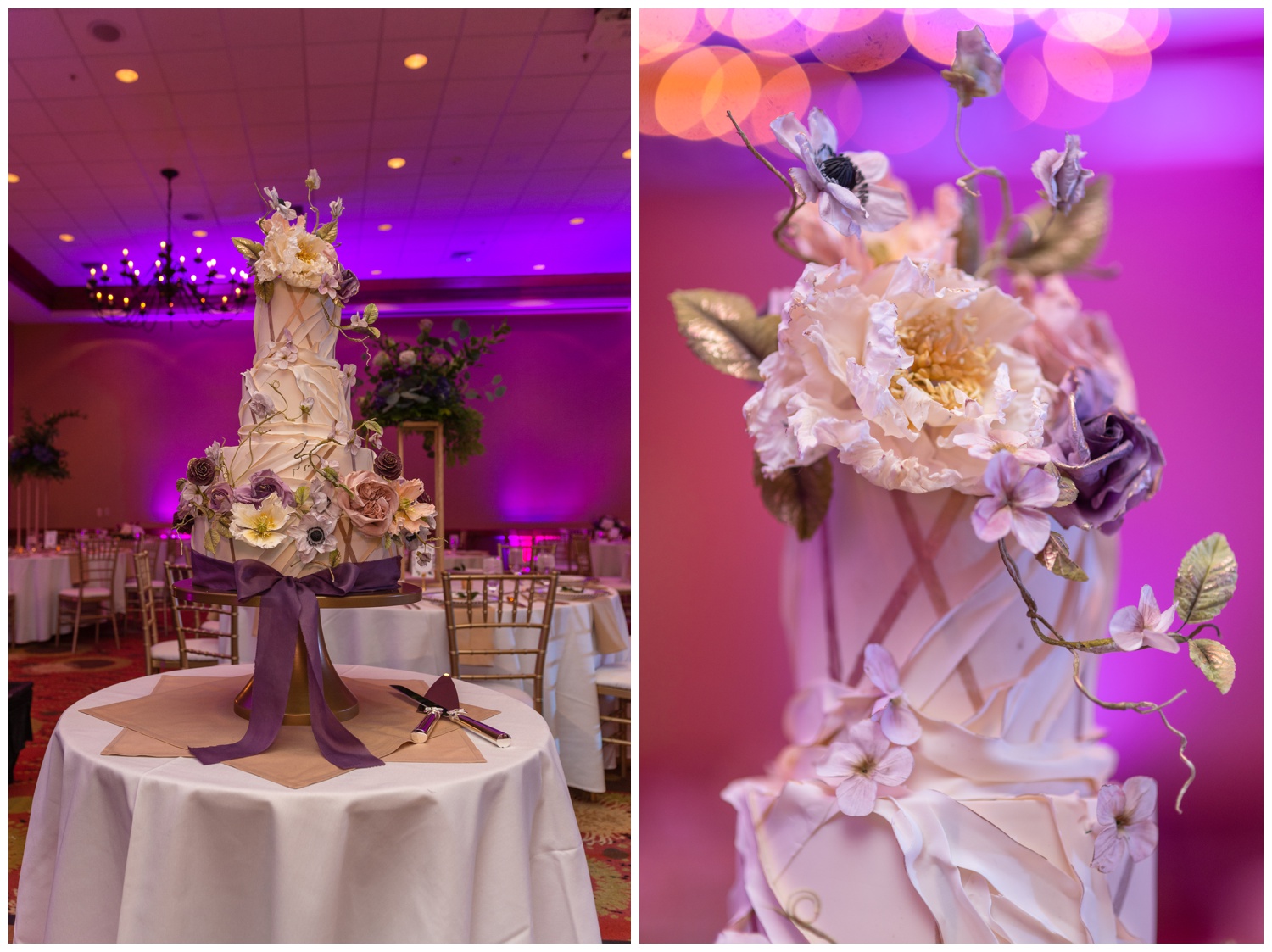 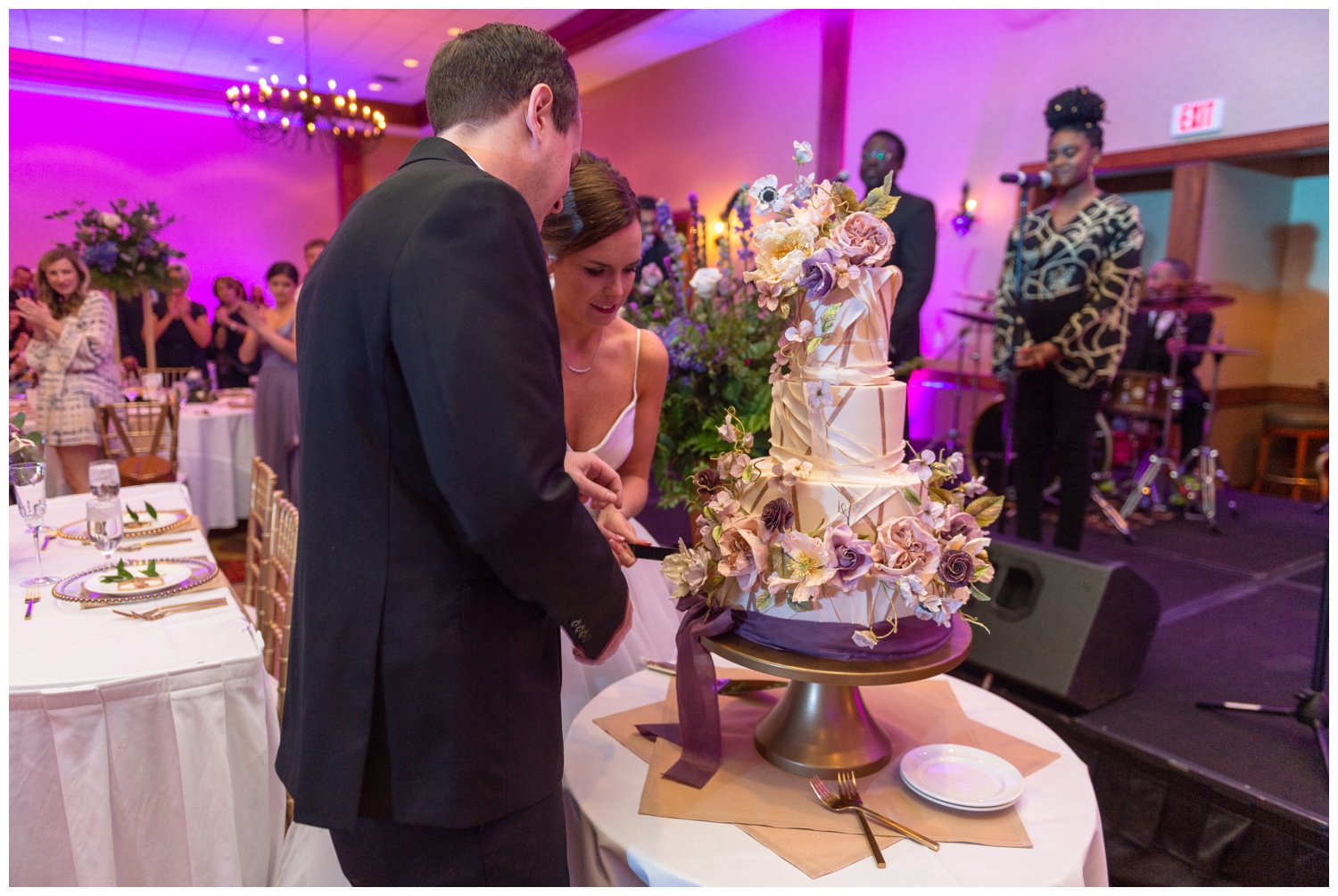 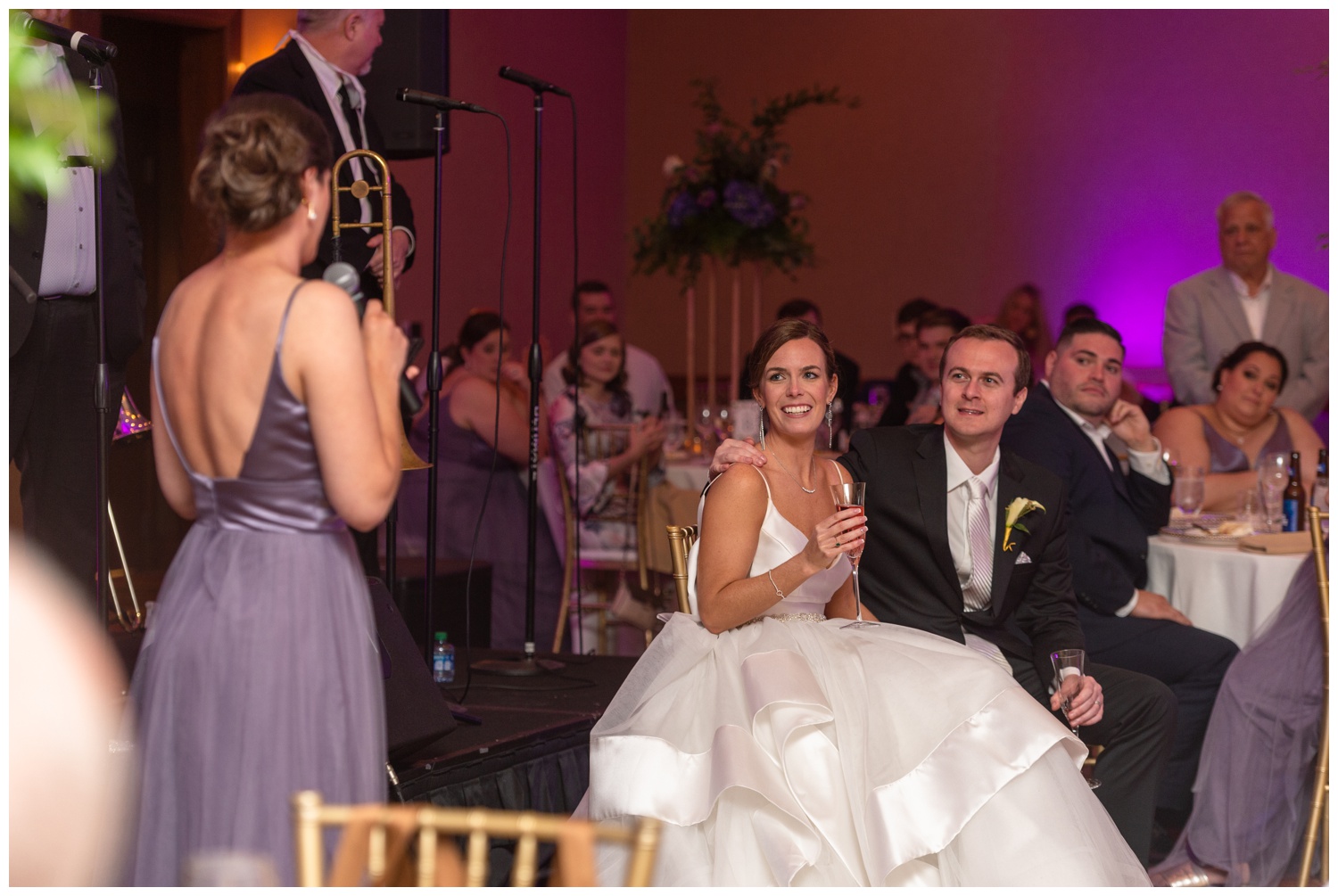 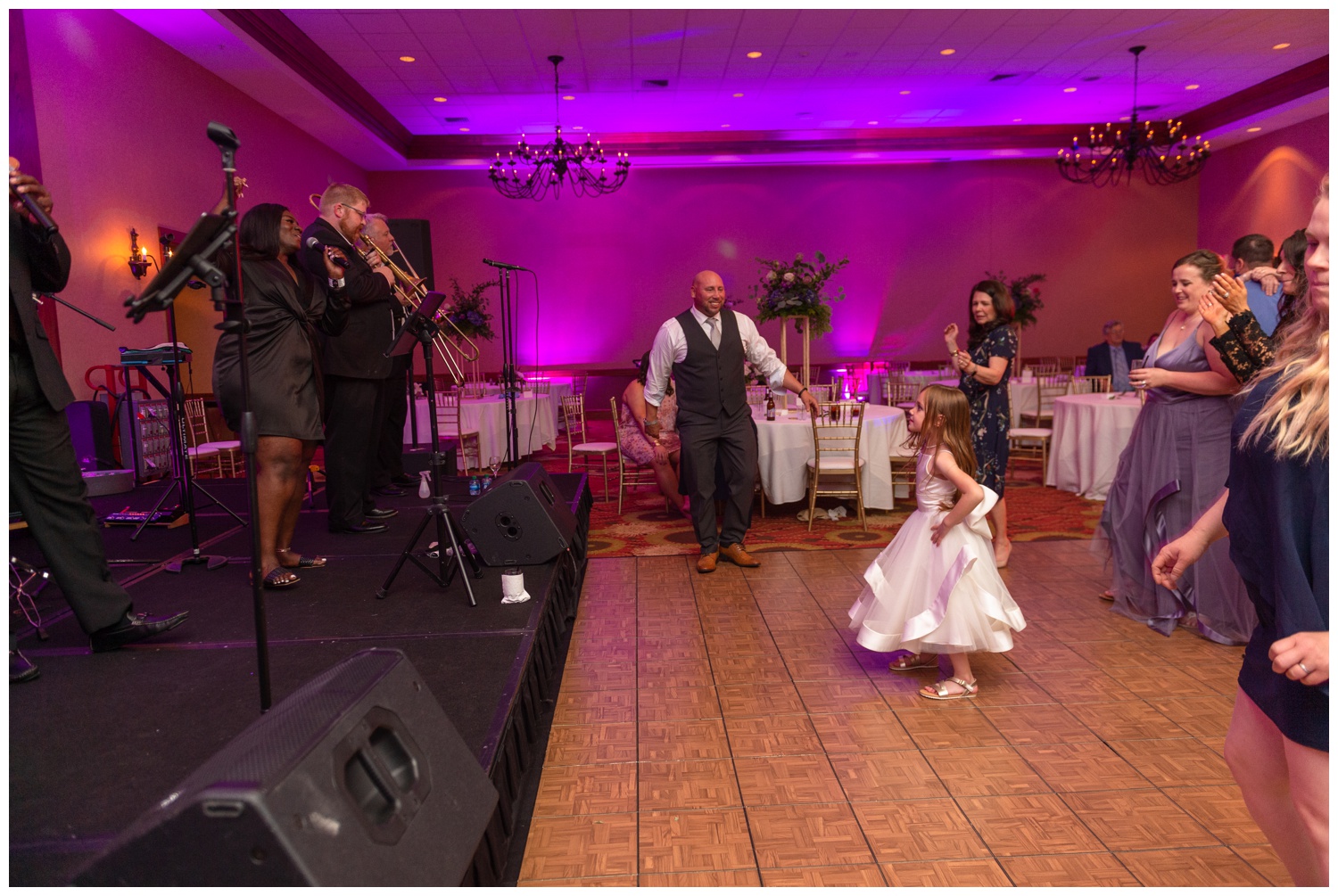 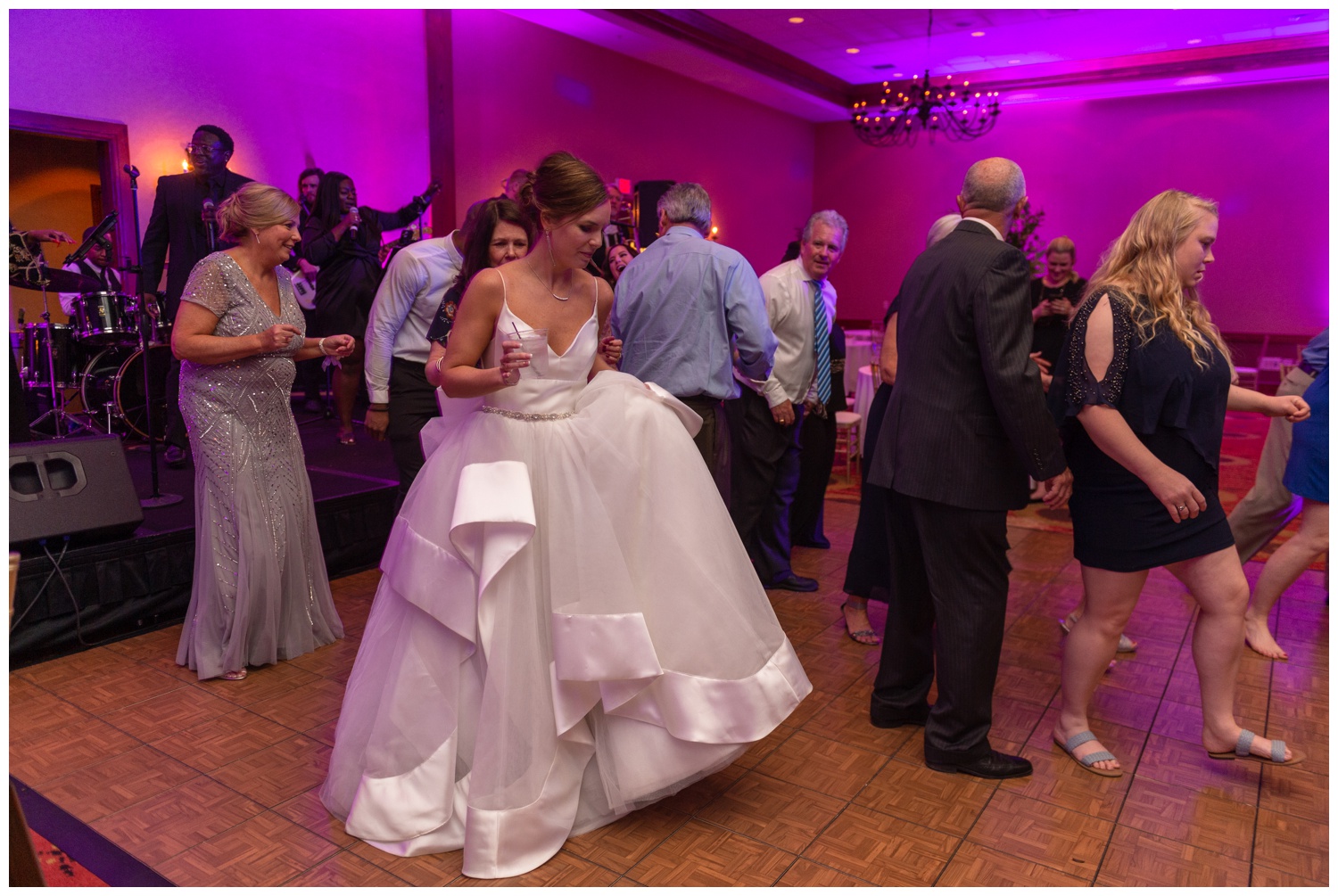 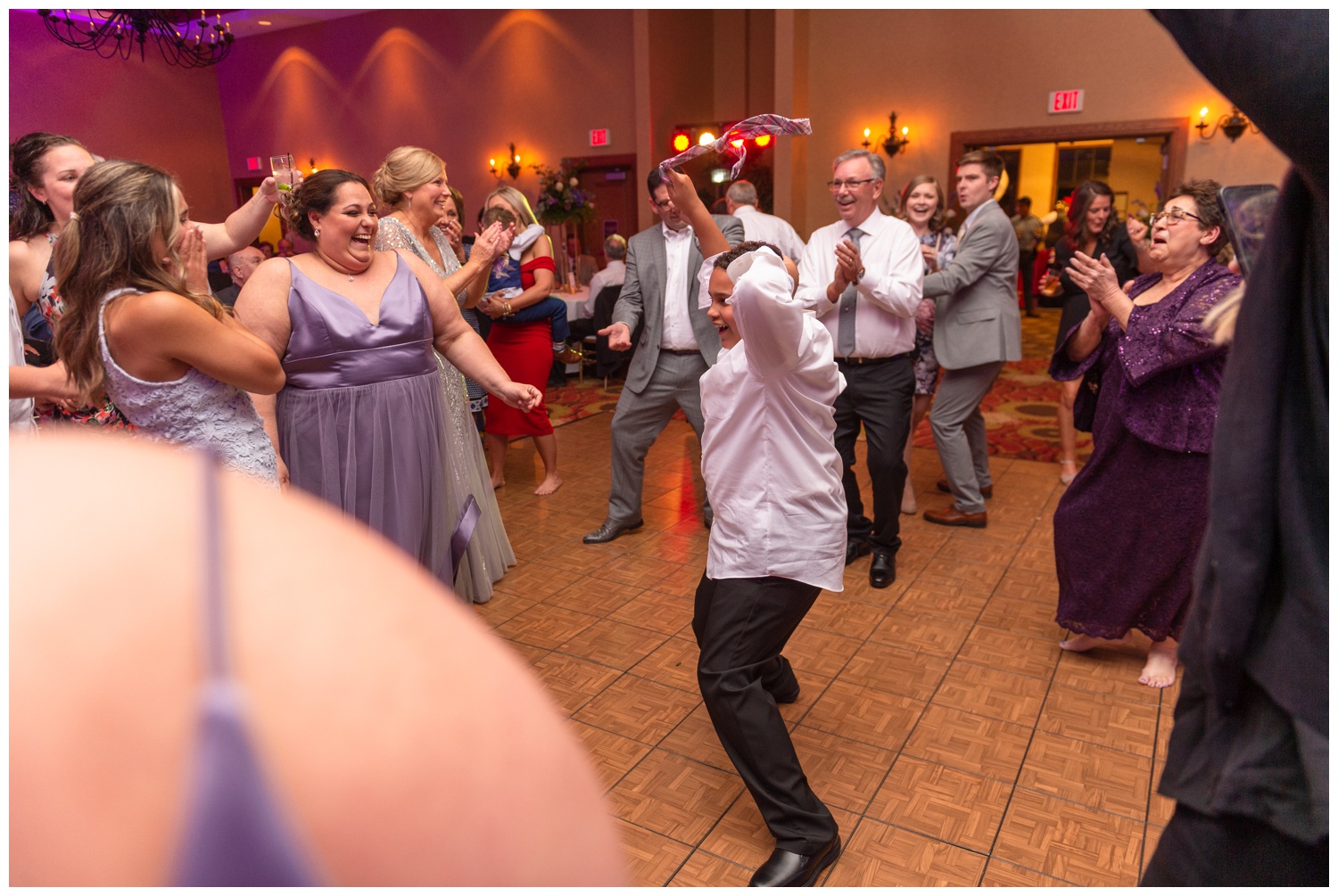 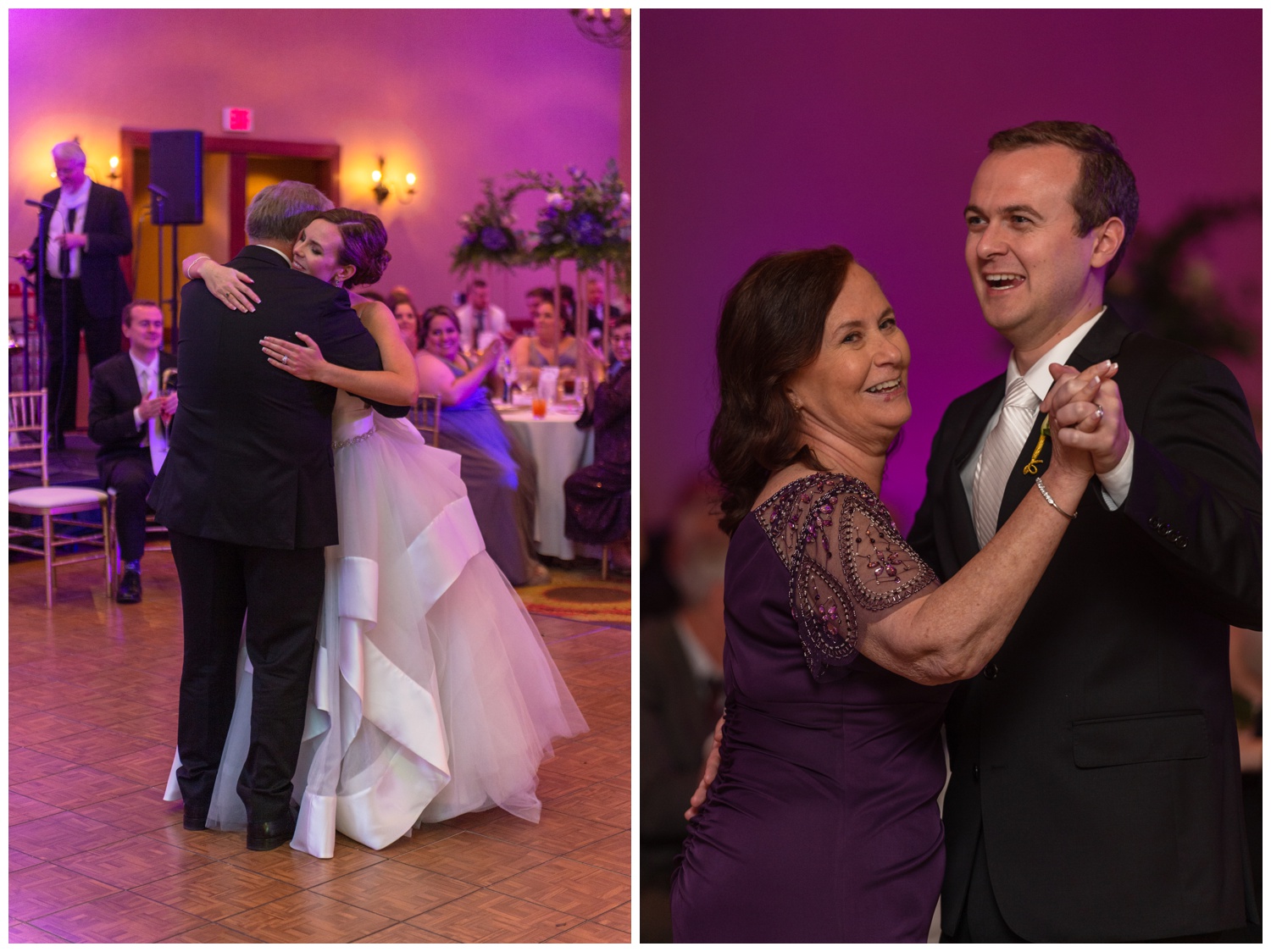 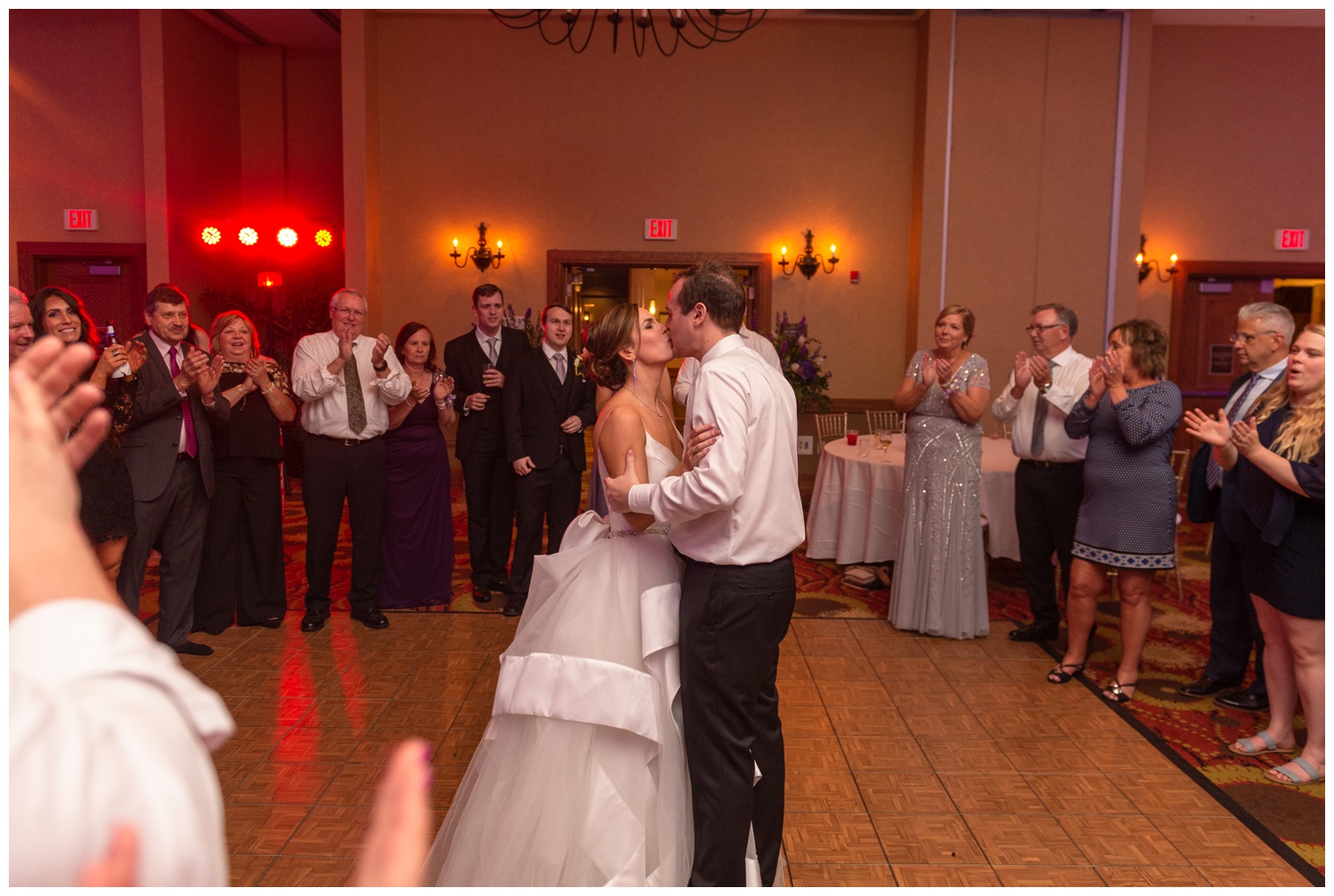 How/when/where did you first meet?  On August 17, 2017, Elizabeth was flying to Texas from Pittsburgh to spend time with a friend and Corey was returning to his hometown. We began talking while in line at Starbucks. Elizabeth was travelling to San Antonio, where Corey lived at the time. He began giving her recommendations of places to go while visiting. Their conversation continued from there!

What was your first date?  Corey flew in from Oklahoma City to spend the weekend with Elizabeth. On Friday evening, they went to Mitchell’s Fish Market in Pittsburgh, PA. On Saturday they had a sports-filled day beginning with the WVU/Texas Tech homecoming game and the Pittsburgh Penguins/Florida Panthers NHL game. On Sunday, they travelled to Muriale’s Italian Kitchen for a delicious meal, followed by a relaxing wine tasting at Lambert’s Winery.

How/when/where did the proposal happen?  While travelling, Elizabeth and Corey enjoy exploring different botanical gardens. When Corey began to plan the proposal, he knew he wanted to ask for Elizabeth’s hand in marriage during the Winter Flower Show and Light Garden at Phipps Conservatory and Botanical Gardens in Pittsburgh, PA. He knew that Elizabeth would not want to be the center of attention. Therefore, on January 5, 2019, Corey found a waterfall tucked away from the crowds to pop the question with the most beautiful ring that he had custom designed from Joyce’s Jewelry. A few months later, they were joined by their close family and friends at Muriale’s Italian Kitchen to congratulate them on their engagement.

What was the vision for your wedding, the style/color/scheme? How many guests?  The vision for the wedding was an event that was timeless and elegant. We wanted to entertain our guests and provided them great memories! The color palette included wisteria, dark green, white and gold. We had approximately 160 guests.

Why did you choose your wedding venue?  After having to change our venue from the Carnegie Museum in Pittsburgh, we wanted somewhere that was all-inclusive. Stonewall Resort was a great option and even provided a place for friends and family to come together and relax for the weekend if they preferred!

Describe the ceremony, what made it unique/special –  As guests entered The Grand Hall, they were escorted to their seats by the groomsmen. The wedding was almost delayed because the two-year old ring bearer locked himself in the bathroom moments before the wedding was to begin. Once everyone was seated, Ave Maria started playing as the bridesmaids walked down the aisle. The bridesmaids were followed by the flower girl and ring bearer. Once the bridal party was at the front of the Hall, the bride was escorted by her father to the tune of Canon in D. The bride and groom exchanged traditional vows for the ceremony, however they wrote their own vows that were exchanged them during the first look. A close friend officiated the wedding, in which he added many personal touches to the script. For their unity ceremony, the couple performed a cocktail ceremony in which they had a can of Coke and a glass of Jack Daniel’s. The bride and groom combined these items into one glass to represent the flowing of two lives into one. This was very special to the bride and groom as their first trip together (and where Corey officially asked Elizabeth to be his girlfriend) was to Nashville, TN, and they visited the Jack Daniel’s distillery.

Describe the reception, what made it unique/special –  After the couple finished pictures, together they had a chance to do a first look of the reception venue prior the entrance of the guests. They were so happy to be able to admire all the superb work their vendors had done leading up to the wedding. The couple then exited the ballroom so guests could enter. After the bridal party was announced by the Master of Ceremonies, the newlyweds were announced and entered the ballroom. Corey affectionately twirled Elizabeth and pulled her in for a kiss on the dance floor! The couple then proceeded to cut the cake and enjoy the plated dinners with all of the guests. The guests had the option of Airline Chicken (with a lemon citrus caper sauce), Smoked Salmon (with a fresh lemon honey thyme sauce) and Filet with Scallops (with a citrus crème fraiche). Once dinner was enjoyed, the couple shared their first dance to You are the Best Thing by Ray LaMontange, which was played live by The Company Band. The first dance was followed by speeches from the best man and matron of honor then the father/daughter and mother/son dances. The guests were then invited to the dance floor to start the reception with the help of the live band. During the reception, guests were invited to help themselves to the epic cookie table which included 26 different types of cookies (approximately 3,500 in total). The couple also had an ‘In Loving Memory’ table that included a listing of their grandparents who were unable to join them, as well as pictures from their grandparent’s weddings!

Describe the flowers used for floral arrangements –  When meeting with the florist, Elizabeth had requested that the floral arrangements be elegant and timeless. She asked that the arrangements include Calla Lilies and some accents of wisteria. For her something old, the bride’s bouquet included navy blue feathers and netting from her late maternal grandmother’s wedding head piece. The bridesmaid’s bouquets complemented the bride’s with similar flowers. The flower girl had a flower crown for her head and a kissing ball that she carried. The groom and groomsmen had single Calla Lilies for their boutonnieres. For the ceremony, there were two large gold urns with floral arrangements that were placed at the front of the aisle. For the reception, there was a mixture of high and low floral centerpieces for the tables.

What was the inspiration of your wedding cake?  We wanted the cake to have a wow-factor. Brittany Anne recommended that we meet with Alex Robba Cake since his cakes are not only delicious, but truly a work of art. The cake was a four-tier ivory cake that included citrus cake (blueberry compote with lavender buttercream), almond cake (raspberry preserves with amaretto buttercream), chocolate cake (peanut butter chunks with salted peanut butter chocolate buttercream), and vanilla cake (mixed berry compote with vanilla bean buttercream). The cake was decorated with ivory fondant ribbons that wrapped romantically around the tiers. The cake was adorned with handmade sugar flowers that dripped down onto the lower cake tiers with a luscious band of flowers that framed the lower tier of the cake. The bottom tier of the cake was finished with a purple satin chiffon ribbon that flowed onto the cake table. There were touches of gold throughout the cake.

Describe the favors for guests –  Custom-made hexagon-shaped wood name plates, which included each person’s name in a script font. They were finished in a gold shimmer to accent the color palette chosen for the wedding.

What was your least favorite part?  Planning then re-planning the wedding after having to change the venue because of COVID restrictions.

Anything you wish you had or hadn’t done? Would not change a thing! We were so happy to be able to finally celebrate with family and friends!

Anything else you’d like us to know? <3 With the three most important aspects being photography, entertainment, and food, the couple felt as if they found the best vendors to deliver these services and provide the most wonderful experience for their guests! The couple’s motto (which was frequently said by the bride’s late maternal grandmother) is ‘everything happens for a reason and happens for the best’ and while the wedding did not go as planned because of the pandemic, the couple was very excited to be able to finally celebrate with family and friends!

As mentioned above, one of the most important aspects of the reception for the couple was to have great entertainment which included a live band. The Company Band was recommended by Brittany Anne because they were upbeat and would keep the dance floor packed all night long. The couple booked an eight-piece band which included a keyboardist, drummer, bass player, two brass players, and three lead singers. The couple asked for music to be played that would appeal to a large age span of guests, which the band delivered. They were also able to choose three songs that the band would learn to play live for the reception which included My Wish by the Rascal Flatts (mother/son dance), You are my Best Friend by Queen (father/daughter dance) and Country Roads by John Denver (final song to close out the reception). To this day, the couple still receives so many compliments about how amazing the band was and how much fun everyone had dancing all night long!